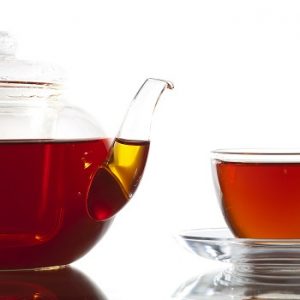 Black tea has neuroprotective effects for the brain. [Photo: Bigstock]

Natural Health News — We’re used to hearing good news about green tea, but did you know that black tea also has protective, medicinal effects for the brain?

Alzheimer’s disease (AD) is an age related neurodegenerative illness characterised by short term memory loss, leading to confusing, aggression, mood changes and long term memory loss. It is the most common cause of dementia, affecting 500,000 people in the UK. One of the contributing factors of Alzheimer’s is thought to be an accumulation of the toxic metal aluminium.

In a study using rats, researchers gave the animals injection of aluminium to induce Alzheimer’s-like symptoms.  The animals were further divided into groups some of which received black tea extract at the same time as the aluminium.

» In an animal experiment researchers have found that black tea extract can protect against some of the damage caused by aluminium build-up in the body.

» Black tea’s beneficial effects are thought to be in part because of its high levels of antioxidant polyphenols.

How aluminium affects the brain

The part of the brain responsible for memory and learning is the cholinergic system, which connects to the hippocampus and cortex.

Aluminium has been suggested to contribute to the pathogenesis and development of Alzheimer’s disease as it is a powerful cholinotoxin. Cholinotoxins cause nerve cell death in the hippocampus and the degeneration of cortical areas.  It also promotes the formation of amyloid-β plaques, which inhibit the function of nerve cells by blocking cell-to-cell signalling at synapses, and are a sign of Alzheimer’s disease.

Aluminium can gain entry into the body easily via many sources as it is a component of cooking utensils, medicine and drinking water.  Tea represents a major dietary source of aluminium, however previous research has found that bioavailability is low due to the action of polyphenols which bind aluminium preventing its absorption in the intestine.

The aim of the new study published in the Journal of Functional Foods was to evaluate the neuroprotective effect of black tea extract (BTE) against the effects of aluminium.

Results showed that the black tea extract was protective against some of the degenerative symptoms of aluminium exposure including oxidative stress and cell death and therefore was neuroprotective.

This, they suggest, was possibly being due to the synergistic action of some active constituents in the tea including antioxidant polyphenols. This suggestion has been made in other studies. For instance a Canadian review in 2006 found that the antioxidant flavins epicatechin gallate (ECG) and epigallocatechin gallate (EGCG) in both black and green teas may have a role to play in reducing the risk of age-related neurodegenerative diseases, such as Alzheimer’s disease.

In another study that included about 63,000 men and women between ages 45 – 74, researchers from Singapore found that those who drink 23 cups of black tea a month are 71% less likely to develop Parkinson’s disease. In this study neither green tea nor diet had any protective influence on the incidence of Parkinson’s disease.

Black tea has neuroprotective effects for the brain. [Photo: Bigstock]