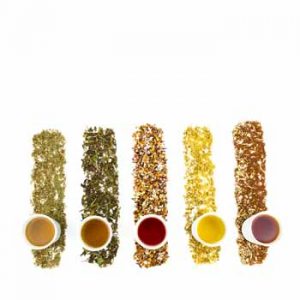 Different types of tea need to be brewed differently to get the best out of them. [Photo: Bigstock]

How to brew the healthiest cup of tea

Tea is the most highly consumed beverage in the world next to water, and a simple way to get a range of beneficial nutrients in your diet every day.

A growing body of scientific evidence supports the ability of tea, particularly green and white varieties, to reduce the risk of disease. Tea has been shown to be beneficial in treating diabetes and hypertension, aiding weight loss and reducing the risk of stroke and cardiovascular disease, reducing complications related to Alzheimer’s disease, protecting against a variety of cancers including pancreatic and gastrointestinal and even extending life.

All teas – black, green and white – are derived from the same plant: Camellia sinensis. The health beneﬁts associated with tea consumption are attributed in part to the free radical scavenging activity of antioxidant ﬂavonoids, including catechins and other polyphenols.

But in addition to antioxidants, tea leaves also contain beta carotene, vitamins B2, C, D and K and potassium. Even the caffeine in tea, when taken in moderation, has health benefits since it helps boost metabolism, burn fat and acts as a mild diuretic.

Each type of tea has its own unique benefits, the dominant antioxidant polyphenols in black teas – theflavins and thearubigins – have been shown to be as beneficial as those in green tea.

Green tea is produced by lightly steaming then drying the fresh cut leaves. It is rich in a group of antioxidant polyphenols called catechins.

White tea is a minimally oxidised and contains similar catechins to green tea.

As we become more aware of the benefits of tea, we also want to learn how to get the most health benefits out of every cup.

It’s not as simple as it sounds. The methods of preparing tea vary throughout the world and also depend on the type of tea you are using.

So in a recent study by the Institute of Food Technologists (IFT), researchers from University of Malaya had a stab at demystifying the science of tea making.

They tested white, green, and black tea and found that the temperature and length of time tea leaves are steeped affects their antioxidant properties and differs according to which type of tea you are brewing.

Overall the results of this study showed the antioxidant capacity of white and green tea was greater than black tea. But because each tea type is different, simply changing the way you brew a cup of tea could help you get the most benefits out of whatever type you prefer.

To preserve as many antioxidants as possible in your favourite cup, here’s what the scientists found:

Green Tea
Increasingly popular, this type of tea is sensitive to both time and temperature. The level of flavonoids were the same whether steeped for five minutes or two hours, but cold steeping for two hours produced tea with the most antioxidants.

White Tea
White tea was less sensitive to temperature and was found to retain most of its antioxidants when steeped I hot water for 2 hours. To get the best out of it steep in hot water for as long as you can before drinking.

Black Tea
In this study increasing the time in hot water actually reduced antioxidant activity of black tea. The researchers found that to get the best out of it black tea steep it for up to 5 minutes.

Different types of tea need to be brewed differently to get the best out of them. [Photo: Bigstock]