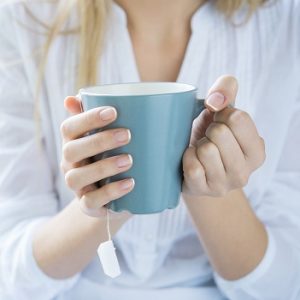 Natural Health News — Before you drink your tea try inhaling it. New research shows that back tea contains aromatic compounds that may help to lower stress levels and improve mood.

Tea consumption has been shown to have many benefits on mood and attention, such as improving relaxation and concentration, reducing tiredness and psychological distress. But now scientists in Japan are looking in to not just at overall benefits of tea, but how specific components that make of the flavour and aroma of tea might influence health and wellbeing.

In a small study, published in the Journal of Physiological Anthropology​, researchers at the University of Shizuoka, Chubu University, Mitsui Norin Co Ltd and Tokai University conducted a study to determine the effects of two kinds of black tea aromas on physical and psychological stress.

They recruited 18 healthy student volunteers (5 males, 13 females) aged around 21 years, and subjected them to a stressful psycho-diagnostic mathematics test which needed to be solved within 30 minutes. This was split into two 15-minute sessions. In between sessions, participants had one minute to inhale either black tea aroma (Assam or Darjeeling), or be exposed to warm water as a control.

The students were told to avoid consuming anything except water for three hours prior to the start of each trial.

» Japanese scientists have found that inhaling the aroma of black tea can have anti-stress effects.

» A Darjeeling tea, which has higher levels of beneficial aromatic compounds had a quicker beneficial effect on stress and mood.

The researchers then salivary levels a stress hormone chromogranin-A (CgA, a protein found in and released from neuroendocrine cells in response to stress) to determine the effect of inhaling black tea aroma in the participants.

They reported that compared to those in the control group, those who inhaled black tea aroma had lower salivary CgA concentration levels after half an hour of mentally stressful tasks.

Aromatherapy in a cup

They added that both the teas had the same effect, despite Darjeeling tea aroma having a higher concentration of anti-stress components, including hexanal and hexanol (green, herbaceous aromas, with some citrus notes), which have been reported to reduce mental stress response in laboratory animals, and linalool (a clean light floral also with citrus notes), which has sedative effects.

These same compounds are present in many essential oils which are also known to have anti-stress properties including vetiver, mandarin and other citrus oils, neroli, lavender and basil.

Olive oil – the aroma of which has been found to induce a feeling of satisfaction and fullness after a meal – is also rich in hexanol and hexanal.

The researchers noted that although the anti-stress effect of black tea aroma did not differ between the two types of tea the high levels of anti-stress aromatics in Darjeeling tea decreased the tension and/or anxiety more quickly.