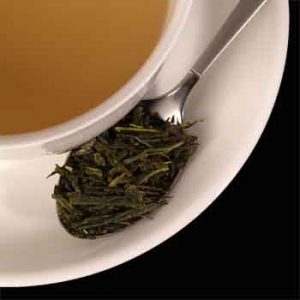 Regular consumption of green tea, which is rich in beneficial polyphenols, could help keep your bones stronger as you age. [Photo: Bigstock]

Natural Health News — Regular consumption of green tea could help keep your bones stronger as you age, according to new research.

A new meta-analysis found that tea drinking was associated with increased bone mineral density (BMD)- though not a reduced risk of fracture.

The Chinese scientists looked at data from 16 studies – a total of 138,523 people – for their meta-analysis. Seven of these showed an increase in BMD with tea consumption.The remaining nine studies investigated tea consumption and fracture, and found no beneficial associations. However, when two outlying studies which used different protocols and therefore reached different conclusions, were omitted from the analysis, a statistically significant 23% reduction in fracture risk was observed.

» Tea contains several beneficial polyphenols which are associated with a variety of health benefits.

» Green tea in particular contains high levels of these polyphenols

» Looking at data from 16 studies, and more than 138,000 people, a new analysis from China suggests that regular green tea consumption leads to stronger bones as we age.

In their comments the authors put forward several explanations for a possible relationship between tea and healthy bones, including enhancing the generation and survival of osteoblasts (cells responsible for bone formation), inhibiting the growth and activity of osteoclasts (cells which break down bone, leading to resorption and weakening), improving the synthesis of bone collagen, and/or  stimulating the differentiation of stem cell into osteoblasts.

“To our knowledge, this is the first meta-analysis to evaluate the association between tea consumption and risk of osteoporosis,” wrote scientists from the China Academy of Chinese Medical Sciences in Nutrition Research .

The study adds to a growing body of evidence that supports the potential benefits of green tea (Camellia sinensis) and its constituents, most notably EGCG (epigallocatechin gallate).

The four main polyphenols found in fresh tea leaves are EGCG, epigallocatechin (EGC), epicatechin gallate (ECG), and epicatechin (EC).Green tea contains between 30% and 40% of water-extractable polyphenols, while black tea (green tea, which has been oxidised by fermentation) contains between 3% and 10%. Oolong, which is a semi-fermented tea, falls somewhere between the two.

The study does not make recommendations for how much tea per day is healthy and the potency of green tea varies from brand to brand. To maximize the health benefits of green tea safely, authorities such as the University of Maryland Medical Centre recommends drinking 2 to 3 cups daily, giving you 240 to 320 milligrams of polyphenols. If you take green tea extract supplements, 100 to 750 milligrams per day is recommended and naturally decaffeinated products are available if caffeine particularly affects you.

Regular consumption of green tea, which is rich in beneficial polyphenols, could help keep your bones stronger as you age. [Photo: Bigstock]