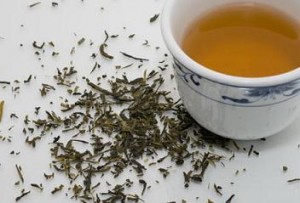 Natural Health News — An antioxidant flavonoid found in abundance in green tea could help improve symptoms of hard to treat ulcerative colitis, according to a new study.

Ulcerative colitis (UC) is a disease in which the lining of the colon (the large intestine) becomes inflamed and ulcerated, leading to bleeding and diarrhoea.

UC can be treated with a variety of methods including dietary changes, assessment for food allergies and in some cases steroids. People who do not respond, or respond incompletely, to conventional treatments are said to have refractory ulcerative colitis and it can be difficult to help them

However, this small pilot study published in the journal Inflammatory Bowel Diseases found that epigallocatechin-3-gallate (EGCG), a constituent of green tea, improved symptoms in individuals with this hard-to-treat form of UC.

The investigators evaluated the subjects at the beginning of the study and again after the intervention period using the ulcerative colitis disease activity index and the inflammatory bowel disease questionnaire.

EGCG is a plant flavonoid extracted from green tea. Previous research has shown it has strong antioxidant and anti-inflammatory properties that may help benefit heart health and play a role in cancer prevention.

UC is a risk factor for colon cancer. Human studies have shown that regularly drinking green tea is associated with a lower risk of colon cancer in women.

The current study, according to the authors, is “This first ever study of EGCG in patients with ulcerative colitis provides convincing preliminary evidence for a demonstrable treatment effect in patients with inflammatory bowel disease.”

They add: “This agent [EGCG] holds promise as a novel option for the treatment of patients with ulcerative colitis with mild to moderately active disease.”