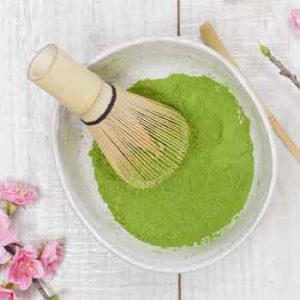 The research could lead to treatments for oral cancer, as well as other types of cancer.

Earlier studies had shown that epigallocatechin-3-gallate – EGCG – a compound found in green tea, killed oral cancer cells without harming normal cells, but researchers did not understand the reasons for its ability to target the cancer cells, said Joshua Lambert, associate professor of food science and co-director of Penn State’s Center for Plant and Mushroom Foods for Health. The current study shows that EGCG may trigger a process in the mitochondria that leads to cell death.

» A naturally occurring polyphenol in green tea – epigallocatechin-3-gallate (EGCG) has been shown to have anti-cancer properties, though researchers could not explain how it worked.

» New laboratory evidence suggests that it boosts production of free radicals in cancer cells, which damages the mitochondria, causing the cell to eventually die. The EGCG did not cause this reaction in normal cells, thus it appears to target cancer cells selectively.

» Should future research show this effect in humans, EGCG could form the basis of new targeted cancer treatments with potentially fewer side effects.

“So, it’s turning off its mechanism of protection at the same time that EGCG is causing this oxidative stress,” Lambert added.

The EGCG did not cause this reaction in normal cells. In fact, it appeared to increase the protective capabilities of the cell, according to the researchers, who reported their findings in the online issue of Molecular Nutrition and Food Research.

The researchers studied normal human oral cells side-by-side with human oral cancer cells specifically so they could determine whether, and how, EGCG was affecting cancer cells differently than normal cells.

According to the study a protein called sirtuin 3 – SIRT3 – is critical to the process.

“It plays an important role in mitochondrial function and in anti-oxidant response in lots of tissues in the body, so the idea that EGCG might selectively affect the activity of sirtuin 3 in cancer cells – to turn it off – and in normal cells – to turn it on – is probably applicable in multiple kinds of cancers,” Lambert said.

He adds that the next step would be to study the mechanism in animals. If those tests and human trials are successful, the researchers then hope to create anti-cancer treatments that are as effective as current treatments without the harmful side effects.