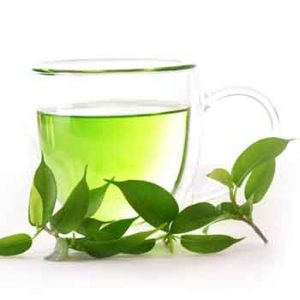 Natural Health News — Add another health benefit to the growing list of benefits for green tea.

According to a new study in the British Journal of Nutrition, supplementing with green tea catechins – the active antioxidant compound in green tea – can help make your more resistant to ultraviolet radiation and therefore premature skin ageing.

Green tea contains between 30 and 40% of water-extractable antioxidant polyphenols, and is particularly abundant in catechins – most notably, epigallocatechin gallate (EGCG), which studies have shown can have a beneficial effect on cardiovascular health and weight management and may even offer some protection against gastrointestinal cancer.

The small study from Manchester University in the UK, gave participants took a relatively low dose (540 mg) of green tea catechins each day along with 50 mg of vitamin C for 12 weeks. This amount of green tea extract is the equivalent to about 2 cups of green tea.

The researchers measured the levels of green tea metabolites (the by-products created when the tea is metabolised) in the skin fluids and the effect of ultraviolet radiation (UVR) on skin before and after supplementation.

This study, says lead researcher Lesley E Rhodes is the first to demonstrate that oral doses of green tea can make their way to skin tissues and limit the effects of UVR.

In their conclusion, the researchers suggest that green tea exerts: “protection against sunburn inflammation and potentially longer-term UVR-mediated damage.”