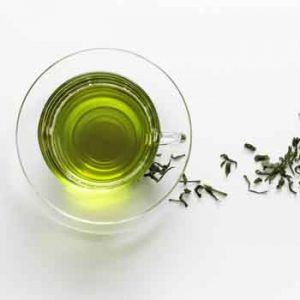 Green tea lowers the rate of some GI cancers

Natural Health News — Women who drink green tea may lower their risk of developing some digestive system cancers, especially cancers of the stomach, oesophagus and colorectum, according to a new study.

The study involved only non-smoking and non-drinking  women to minimise the potential influence of these two risk factors on the results for tea consumption and digestive system cancer risk.

During the initial interview participants were asked if they drank tea, the type of tea consumed and how much they consumed. Most of the Chinese women reported drinking primarily green tea. The researchers also asked about other lifestyle factors including the kinds of food eaten regularly, exercise habits, education level and occupation.

The researchers found that regular tea consumption – defined as tea consumption at least three times a week for more than six months – was associated with a 17% reduced risk of all digestive cancers combined.

As levels of consumption went up, the risk of cancer went down. Specifically, those who consumed about two to three cups per day (at least 150 g of tea per month) had a 21% reduced risk of digestive system cancers.

The trend toward fewer digestive cancers was strongest for stomach, oesophageal and colorectal cancers. Overall the study showed that women who consumed 580 mg of flavonoids per day have a 51% lower risk of stomach cancer than those who consume 200 mg per day or less.

Regular tea drinkers in the study were younger, had higher education, exercised more and consumed more fruits and vegetables and researchers say these factors may also have been influential.

Nevertheless, “For all digestive system cancers combined, the risk was reduced by 27% among women who had been drinking tea regularly for at least 20 years,” said lead author lead author Sarah Nechuta, PhD, MPH, assistant professor of Medicine a the Vanderbilt-Ingram Cancer Center in Nashville, Tennessee. “For colorectal cancer, risk was reduced by 29% among the long-term tea drinkers. These results suggest long-term cumulative exposure may be particularly important.”

Green tea contains 12,511 mg of flavonoids per 100 grams of leaves, or around 250 mg in a bag of tea. Specifically, tea ( including green, black and white varieties) contains natural substances that include catechins like EGCG and ECG. Catechins have antioxidant properties and may inhibit cancer by reducing DNA damage and blocking tumour cell growth and invasion.

Flavonoids in apples can help reduce the risk of pancreatic cancer. Those dark chocolate can help protect the heart, those in onions have been shown to improve your liver function. Eating flavonoid-rich blueberries and strawberries may slow mental decline in old age, and citrus fruits could reduce your risk of stroke. Flavonoids in pine bark have been shown to help slow the signs of skin ageing.

Other studies show that green tea has multiple benefits for obesity-related hypertension.

See our chart of the foods with the highest antioxidant capacity here.