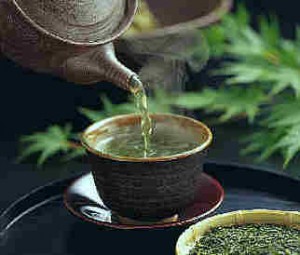 Polish researchers from Poznan University of Medical Sciences studied 56 obese, hypertensive men and women who consumed either 379 mg per day of green tea extract providing 208 mg of epigallocatechin gallate, (EGCG one of the major polyphenols in green tea), or placebo over a three-month period.

The researchers also reported significant improvements in both insulin and blood sugar levels in the green tea group, but no improvements in the participants taking the placebo.

In their natural form, all four of them work together to help prevent and fight against disease. However, most of the research, including this study, tends to focus on the benefits of EGCG, on its own.

Writing in the journal Nutrition Research, the authors say they believe that this is the first green tea extract trial involving obese and hypertensive individuals and that “green tea extract had a significant influence on cardiovascular risk factors such as insulin resistance, blood pressure, inflammation and oxidative stress in patients with obesity-related hypertension.”