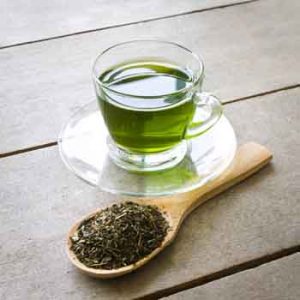 The cholesterol-lowering effects were found to be even stronger in women who had higher total cholesterol to begin with reported researchers from the US.

The 1075 women in the study were randomly given either the catechin-rich green tea supplement or a placebo over a 12 month period. The supplement was decaffeinated and provided 1,315 mg of catechins per day, consisting of 843 mg EGCG, 202 mg EG, 107 mg EGC, and 107 mg EC.

» A study of more than 1000 women has shown that green tea supplements can help to lower cholesterol levels.

» The effect, which is attributed to the antioxidant catechins in green tea such as epigallocatechin gallate (EGCG), was much stronger in women who had the highest cholesterol levels to begin with but all the women derived benefit from the supplements.

» The researchers say they are still not clear about how EGCG and related compounds help balance cholesterol and suggests it is likely through multiple pathways.

Triglyceride concentrations, however, increased by 3.6% in the green tea group, compared with a 2.5% decrease in the placebo group – a finding which was strongest in obese women and statin users and which the researchers could not explain.

But how does it work?

“Among the bioactive green tea catechins, EGCG is of great interest because it is the most abundant and purported to be the main bioactive catechin responsible for the hypolipidemic effects of green tea,” wrote the researchers.

However, they say science still has not unravelled how green tea aids cholesterol balance.  They speculate it is through three main mechanisms:  the suppression of cholesterol production in the liver and intestines, the interference of lipid absorption into the blood, and an increase in excretion of cholesterol.

The study, published in the American Journal of Clinical Nutrition, adds to an ever-growing body of science supporting the potential benefits of green tea (Camellia sinensis) and its constituents, most notably EGCG.

“Current evidence from this trial suggests that GTE [green tea extract] may be recommended for cholesterol lowering, in particular in those with borderline or high cholesterol concentrations,” wrote the researchers. “Green tea is an inexpensive, easily accessible, and popular drink and may indirectly lead to lower morbidity and mortality rates due to CVD through improving hyperlipidemia outcomes.”