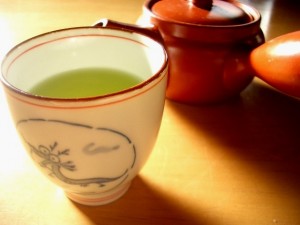 Natural Health News — A new analysis has found that consuming green tea, either as a drink or in capsule form, is linked to modest but significant reductions in total and LDL or “bad” cholesterol.

The analysis, carried out by researchers in California and published in the Journal of the American Dietetic Association, pooled the results of 20 clinical trials that involved a total of 1,415 adults.

In all of the trials, participants were randomly assigned to either use green tea everyday, either as a beverage or as a capsule containing green-tea antioxidants called catechins, or be part of “control” groups that took placebo capsules, drank a low-catechin tea or just drank water instead of tea.

The trials lasted anywhere from three weeks to six months and the daily catechin dose ranged from 145 mg to 3,000 mg.

The benefit seemed to be limited to people who already had high cholesterol when they entered the study.

The researchers found no strong evidence that green tea boosted “good” HDL cholesterol, or cut triglycerides, another type of fat found in the blood.

While a cup of green tea may help with cholesterol, the researchers urge people to also eat plenty of high-fibre grains, fruits and vegetables, which also help. People should also limit their intake of saturated fats and instead choose healthy fats from olive oils, avocados, nuts and fish.