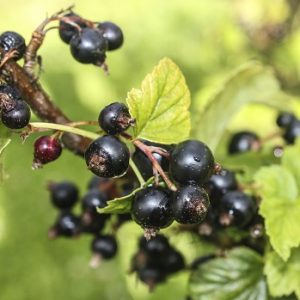 Understanding what, and how, foods affect mental performance could lead to the development of new foods and natural supplements to support mental health. [Photo: Bigstock]

Natural Health News — Two varieties of blackcurrant have been found to boost cognitive performance and alertness, with one variety showing particular promise in blocking the enzymes associated with Parkinson’s.

The research, conducted by New Zealand and British researchers showed that compounds found in two types of New Zealand blackcurrants – DelCyan and Blackadder – increased mental performance indicators, such as accuracy, attention and mood.

It also found that juice from the Blackadder cultivar reduced the activity of a family of enzymes called monoamine oxidases, which regulate serotonin and dopamine concentrations in the brain. These chemicals are known to affect mood and cognition, and are the focus for treatments of both neurodegenerative symptoms associated with Parkinson’s disease and mood disorders, including stress and anxiety.

» Blackcurrants are rich in antioxidant polyphenols.

» Researchers say this effect is due to the way that blackcurrant polypheonls reduce oxidative stress in the brain.

The small human study involved 36 healthy participants aged between 18 and 35 years who were assigned to one of three groups.

Two groups received a 142 ml intervention drink derived from either the Blackadder blackcurrant variety or the DelCyan variety, both containing 5 mg of polyphenols per 60 kg of bodyweight, or a placebo which contained no polyphenols but matched the juices for taste and sucrose.

Results showed that the varieties had slightly difference effects – subjects who drank the DelCyan had better Rapid Visual Information Processing (RVIP) accuracy whilst those who drank Blackadder juice scored better for alertness and vigilance.

Subjects who drank both blackcurrant juices reported a reduction in mental fatigue. For mood, they reported feeling more alert, but not calmer or more content.

According to the researchers, the phenolic acids in the Blackadder variety – cultivated by the New Zealand Institute for Plant and Food Research which funded the research – caused a near total inhibition (96%) of monoamine oxidase B (MAO-B) enzymes.

Blocking these enzymes, which regulate serotonin and dopamine concentrations in the brain, reduced oxidative stress – which in turn supports normal cognitive function and mood.

Monoamine oxidase (MAO) inhibitors, are commonly used in the treatment of both mood disorders and neurodegenerative diseases like Parkinson’s disease.

“This is the first demonstration of a clinically significant inhibition of MAO-B following blackcurrant supplementation,” wrote the authors. “Although the current study measured MAO-B inhibition only in peripheral tissue, if the inhibition could be shown to be centrally active, the clinical applications of a MAO inhibitor from a commonly consumed fruit could be enormous.”

There are around 150 types of blackcurrant and not all of these have been assessed for their benefits on the brain. New Zealand breeders claim that berries produced in that country contain the highest levels of polyphenols in the world, though independent published research on this is scarce. Likewise commercial blackcurrant drinks can vary enormously in their polyphenol content. There seems little doubt however that blackcurrant polyphenols do have beneficial effects.

Previous research from the  Horticulture and Food Research Institute of New Zealand into the protective effect of food components on nerve cells found that the phenolic components found in blackcurrant out-performed the corresponding compounds found in other fruit such as blueberry and boysenberry. This work suggested that the antioxidant ability of blackcurrant is such that the anthocyanins and the other components such as the procyanidins not only protected the nerve cells (neurons) from oxidative stress but also helped to regenerate the bodies own defence systems.

Understanding what, and how, foods affect mental performance could lead to the development of new foods and natural supplements to support mental health. [Photo: Bigstock]