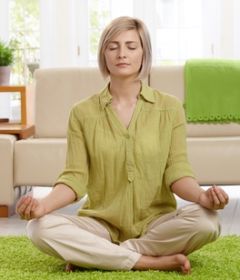 Compassionate meditation is the key to better relationships

Natural Health News — If you want to improve your close relationships, or learn to love your neighbour or work colleagues more, ‘compassion meditation’  may help.

When most people think of meditation, they think of a style known as “mindfulness,” in which practitioners seek to improve their ability to concentrate and to be non-judgmentally aware of their own thoughts and feelings.

In the current study, however, researchers at Emory University, Atlanta Georgia employed a type of meditation known as Cognitively-Based Compassion Training, or CBCT.  While CBCT includes traditional mindfulness elements, the practice focuses more specifically on training people to analyse and reinterpret their relationships with others. Although derived from ancient Tibetan Buddhist practices, CBCT is secular in content and presentation.

“The idea is that the feelings we have about people can be trained in optimal ways,” explains co-author Lobsang Tenzin Negi, director of the Emory-Tibet Partnership, who helped develop the meditation. “CBCT aims to condition one’s mind to recognise how we are all inter-dependent, and that everybody desires to be happy and free from suffering at a deep level.”

The 21 participants were healthy adults without prior meditation experience. Thirteen were randomised to CBCT meditation completing regular weekly training sessions and at-home practice for eight weeks. Eight did not meditate, but instead completed health discussion classes that covered mind-body subjects like the effects of exercise and stress on well-being.

Reading the mind in the eyes

The RMET consists of black-and-white photographs that show just the eye region of people making various expressions. Participants must judge what the person in the photograph is thinking or feeling.

Eight out of the 13 participants in the CBCT meditation group improved their RMET scores by an average of 4.6%. In contrast, the control participants showed no increase, and in the majority of cases, a decrease in correct answers for the RMET.

The meditators, in comparison to those in the control group, also had significant increases in neural activity in areas of the brain important for empathy.  These changes in brain activity, say the researchers, accounted for changes in the empathic accuracy scores of the participants.

The study appears in the current edition of Social Cognitive and Affective Neuroscience.

A resource for depression and autism

“It’s an intriguing result, suggesting that a behavioural intervention could enhance a key aspect of empathy,” says lead Jennifer Mascaro, a post-doctoral fellow in anthropology at Emory University. “Previous research has shown that both children and adults who are better at reading the emotional expressions of others have better relationships.”

Senior author of the study Charles Raison, formerly a psychiatrist at Emory’s School of Medicine and currently at the University of Arizona added: “These findings raise the intriguing possibility that CBCT may have enhanced empathic abilities by increasing activity in parts of the brain that are of central importance for our ability to recognize the emotional states of others.”

“An important next step will be to evaluate the effects of CBCT on diverse populations that may particularly benefit from enhanced empathic accuracy, such as those suffering from high-functioning autism or severe depression.”

Findings from the current study add to a growing database indicating that the CBCT style of meditation may have physical and emotional effects relevant to health and well-being.

That same year Emory researchers found out compassionate meditation doesn’t just calm the mind, it also calms inflammatory and behavioural responses to stress that have been linked to everything from susceptibility to colds and flu to depression and heart disease and other health problems.

Earlier this year research at Emory found that practising CBCT reduced emotional distress and enhanced physical resilience in response to stress in both healthy young adults and in high-risk adolescents in foster care.