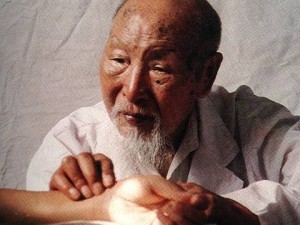 Is spirituality the key to TCM’s success?

Natural Health News — Are the longevity and vitality of traditional Chinese medicine (TCM) due to its holistic approach?

Indeed, Chinese medicine is not simply about treating illness, but rather about taking care of the whole person – body, mind, and spirit.

According to an analysis of TCM’s origins and development by Lin Shi from Beijing Normal University and Chenguang Zhang from Southwest Minzu University in China, traditional Chinese medicine is profoundly influenced by Chinese philosophy and religion. To date, modern science has been unable to explain the mechanisms behind TCM’s effects.

The study is published online in Springer’s journal Pastoral Psychology, in a special issue dedicated to the psychology of religion in China.

The essence of TCM lies in its foundation in spirituality, religion, and philosophy, making it quite different from Western medicine and leading it to be viewed by some as magical and mysterious. Chinese medicine is an ancient discipline with a long developmental history and is very much influenced by religion and spirituality.

Body and mind are inseparable

This analysis shows, among other things, that the underlying premise of Chinese medicine is that the mind and body of a person are inseparable (and this, of course, is also the case with other ancient medical traditions such as Ayurveda).

To be in good health, a person must have good spirit and pay attention to cultivating their spirit. Chinese doctors see “people” not “diseases” and equate “curing diseases” with “curing people.”

According to the authors: “Good health and longevity are what we pursue. More and more people are concerned about ways to prevent disease and strengthen their bodies, which is the emphasis of traditional Chinese medicine. It pays attention to physical pains, and at the same time is also concerned with spiritual suffering. Therefore, TCM can teach people to be indifferent towards having or not having, to exist with few desires and feel at ease, to keep the body healthy and the mind quiet, and to achieve harmony between the body and the mind and then to achieve harmony with the world and nature.”