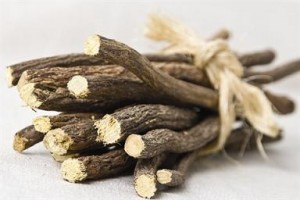 Licorice has been used for thousands of years to treat colds, sore throats, ulcers and indigestion - among other conditions.

Natural Health News — Sore throat is a bothersome complication of certain surgical procedures, particularly after the use of an endotracheal tube. But now a new study has found that liquorice has healing properties that effectively relieve post-operative throat pain.

In their study, Viennese researchers looked at 236 patients who require a particularly thick tube (known as a double-lumen tube) following lung surgery and who consequently suffer frequent sore throats, hoarseness and coughs. The endotracheal tubes were not lubricated prior to insertion.  Analgesics given for the surgical incision included paracetamol and opioids.

According to study leader Kurt Rützler from the University Department of Anaesthetics, General Intensive Care Medicine and Pain Therapy at the MedUni Vienna: “The side effects that normally occur are not only subjectively unpleasant for patients, but they can also have a negative impact on the success of their surgery. If a patient develops a cough after a lung operation with severe pain leading to reduced inspiration and expiration, this can cause an entire section of the lung to collapse.”

Gargling with a liquorice (Glycyrrhiza glabra) solution, however, markedly reduced the frequency of post-operative symptoms. Four hours after surgery the incidence of sore throat for patients who gargled with liquorice was 21% versus 45% for patients who gargled with sugar-water. Even more importantly, patients were extremely happy and complained of significantly fewer side effects associated with anaesthesia, such as sore throats, coughs and hoarseness.

As a result of the study, which has just been published in the science journal Anesthesia & Analgesia, liquorice is already being offered to all pre-operative patients at three European hospitals.

One of the key advantages of liquorice lies in how simple it is to use. Liquorice is available in its pure form without a prescription from any pharmacy. “Patients can however also buy liquorice sticks or liquorice lozenges and achieve very similar beneficial effects to pure liquorice,” says Rützler.

In Traditional Chinese Medicine liquorice is considered a panacea. Exactly how liquorice works, however, is not yet fully understood. The team of researchers at the MedUni Vienna has managed to identify 17 sub-substances in liquorice, however. Some of these are believed in TCM to have particular effects.

This is not the first study to find that liquorice gargle had pain relieving benefits. In a smaller study in 2009 Indian researchers found that a liquorice gargle performed 5 minutes before anaesthesia was effective in reducing the incidence and severity of post-operative sore throat.

Researchers are now working on investigating these effects more thoroughly. According to Rützler, of particular importance in this context is liquorice’s anti-inflammatory effect and its positive impact on local wound healing.

Licorice has been used for thousands of years to treat colds, sore throats, ulcers and indigestion - among other conditions.