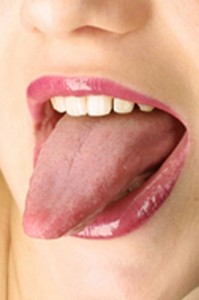 Natural Health News — For 5,000 years, the Chinese have used a system of medicine based on the flow and balance of positive and negative energies in the body.

In this system, the appearance of the tongue is one of the measures used to classify the overall physical status of the body, or zheng.

Now, University of Missouri researchers have developed computer software that puts this ancient technique to the test.

For the study, 263 gastritis patients and 48 healthy volunteers had their tongues analysed. The gastritis patients were classified by whether they showed infection by a certain bacteria, known as Helicobacter pylori, as well as the intensity of their gastritis symptoms.

In addition, most of the gastritis patients had been previously classified with either hot or cold zheng. This allowed the researchers to verify the accuracy of the software’s analysis.

The computer programme used in the study, which was published in the journal Evidence Based Complementary and Alternative Medicine, successfully classified people based on their zheng status.

“Knowing your zheng classification can serve as a pre-screening tool and help with preventive medicine,” said Dong Xu, chair of MU’s computer science department in the College of Engineering and one of the authors of the study.

The software the researchers used analyses images based on the tongue’s colour and coating to distinguish between tongues showing signs of “hot” or “cold” zheng. Shades of red and yellow are associated with hot zheng, whereas a white coating on the tongue is a sign of cold zheng.

“Hot and cold zheng doesn’t refer directly to body temperature,” said Xu, who is also on the faculty of the Bond Life Sciences Center. “Rather, it refers to a suite of symptoms associated with the state of the body as a whole.”

For example, a person with cold zheng may feel chills and coolness in the limbs and show a pale flushing of face. Their voice may have a high pitch. Other symptoms of cold zheng are clear urine and loose stool. They also may prefer hot foods and drinks and desire warm environments.

A future for smartphone diagnosis?

The software used in the trial combines ancient wisdom – tongue analysis is practised in both traditional Chinese medicine  and Ayurvedic systems of medicine – with modern technology  providing an automated system for analysing images of the tongue.

“As we continue to work on the software we hope to improve its ability,” said study co-author Ye Duan, associate professor of computer science at MU. “Eventually everyone will be able to use this tool at home using webcams or smartphone applications. That will allow them to monitor their zheng and get an early warning about possible ailments.”