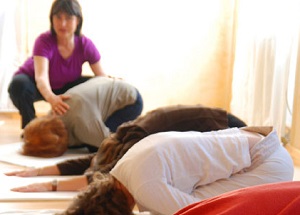 Natural Health News — Chronic pain can cause changes – even impairments – in brain grey matter. But, according to a new study, but yoga can be an important tool for preventing or even reversing these effects

Grey matter is brain tissue with numerous cell bodies and is located in the cerebral cortex and subcortical areas. The impact of grey matter loss depends on where it occurs in brain. Decreased grey matter can lead to memory impairment, emotional problems and decreased cognitive functioning.

» Over time, chronic pain can lead to measurable damage in brain grey matter.

» This brain damage is associated with more pain, memory and cognitive deficits and emotional problems like depression and anxiety.

» Practicing yoga can protect and even rebuild brain grey matter.

In addition, brain imaging studies in rats and humans have shown alterations in grey matter volume and white matter integrity in the brain caused by the effects of chronic pain.

Bushnell said “Practicing yoga has the opposite effect on the brain as does chronic pain,” and cited compelling evidence from studies conducted at NIH/NCCIH and other sites that mind-body techniques, such as yoga and meditation, can counteract the brain anatomy affects of chronic pain.

Brain anatomy changes may contribute to mood disorders and other emotional problems that often go hand in hand with chronic pain. But, says Bushnell, “The encouraging news for people with chronic pain is mind-body practices seem to exert a protective effect on brain grey matter that counteracts the neuroanatomical effects of chronic pain.”