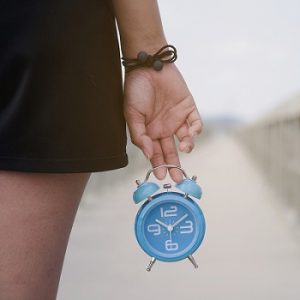 Our biological clocks respond to phases of light and dark, but they also respond to what and when we eat. [Photo: Bigstock]

What and when you eat can influence your body clock

Natural Health News — The food we eat, not only nourishes the body it affects its internal biological clock, which regulates the daily rhythm of many aspects of human behaviour and biology.

Researchers reporting in the journal Cell Reports provide new insights into how adjusting the clock through dietary manipulation may help patients with various conditions and show that insulin may be involved in resetting the clock.

An internal biological or ‘circadian’ clock plays an important role in preferred sleep times, times of peak alertness, and the timing of certain physiological processes.

The clock enables genes to efficiently switch on and off at appropriate times of the day, allowing organisms to adapt to the earth’s rotation.

» Most of us know that our bodies are synced to cycles of light and dark, known as the circadian rhythm.

» It is well known that disruptions in the natural light and dark cycles can worsen insulin resistance and contribute to obesity.

» But in a new study Japanese researchers suggest that the circadian rhythm can also be affected by what and when we eat, and in particular by the release of insulin in response to food.

“Chronic desynchronization between physiological and environmental rhythms not only decreases physiological performance but also carries a significant risk of diverse disorders such as diabetes, cardiovascular diseases, sleep disorders, and cancer,” says Dr. Makoto Akashi, of Yamaguchi University, in Japan.

The circadian clock involves two major pathways. The first, which responds to light, is well known and extensively studied

The second, which responds to food, is less understood. Through experiments in cells and mice, Dr. Akashi and his colleagues found, using cell culture, that insulin, a pancreatic hormone that is secreted in response to eating, may be involved in resetting the circadian clock.

It is well known that disruptions in the natural light and dark cycles can worsen insulin resistance and contribute to obesity.

But the finding that the pathway may go both ways suggests, says Dr Akashi, that: “insulin may help the stomach clock synchronise with mealtime.” Changing when insulin is released, for instance by changing what and when we eat, may also help make digestion and absorption of nutrients more efficient.

Previous studies have found that the timing of when we consume fat may also help reset the body clock and help in the fight against obesity.

The authors caution that clock adjustments through how we eat might not work well in individuals with insulin resistance, a characteristic of patients with type-2 diabetes. Also, there may be side effects related to the circadian clock when treating patients with insulin which merit further exploration.

Nevertheless, the study provide valuable information on the possibility of adjusting the circadian clock through dietary manipulation.” For example, for jet lag, dinner should be enriched with ingredients promoting insulin secretion, which might lead to a phase advance of the circadian clock, whereas breakfast would be the opposite,” says Dr. Akashi.

Our biological clocks respond to phases of light and dark, but they also respond to what and when we eat. [Photo: Bigstock]