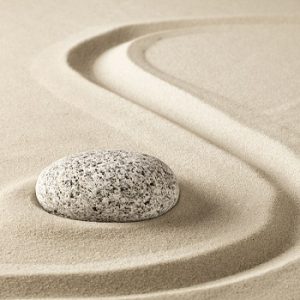 Prone to anxious, wandering thoughts? Just 10 minutes of mindful meditation can put you back on track. [Photo: Bigstock]

Natural Health News – Just 10 minutes of daily mindful mediation can help prevent your mind from wandering and is particularly effective if you tend to have repetitive, anxious thoughts, according to a new study.

The study, which assessed the impact of meditation with 82 participants who experience anxiety, found that developing an awareness of the present moment reduced incidents of repetitive, off-task thinking – a hallmark of anxiety.

“Our results indicate that mindfulness training may have protective effects on mind wandering for anxious individuals,” said Mengran Xu, a researcher and PhD candidate at the University of Waterloo, Ontario. “We also found that meditation practice appears to help anxious people to shift their attention from their own internal worries to the present-moment external world, which enables better focus on a task at hand.”

» For people with anxiety, repetitive, uncontrolled thoughts can negatively affect their ability to learn, to complete tasks, or even function safely.

» A new study has shown that just 10 minutes of mindful meditation is enough to regain calm and focus.

» The researchers suggest this simple intervention has important implications for treating chronic anxiety.

The term mindfulness is commonly defined as paying attention on purpose, in the present moment, and without judgement.

As part of the study, which was published in the journal Consciousness and Cognition, participants were asked to perform a task on a computer while experiencing interruptions to gauge their ability to stay focused on the task. As the people worked on the task, the researchers would stop them at random times and ask them what they were thinking about.

Xu said sometimes they would say a test or exam that was coming up or talk about what they planned to do that weekend.

Once the task was completed, the study participants were then separated into two groups. One group went and did a breathing meditation for 10 minutes. The other group listened to an audiobook of The Hobbit – which researchers said has been used several studies on mindfulness – for 10 minutes.

After that, the participants once again performed the same task that required attention.

Staying in the present moment

According to Xu there were three main findings:

“People who practise meditation … they kind of have a shift in their attention and focus, to the present moment,” Xu said.

This makes sense he says because “when you meditate, the purpose of meditation is to stay in the present moment. So we actually proved that in our experiment that people did have a shift of taking the focus to here and now.”

“Mind wandering accounts for nearly half of any person’s daily stream of consciousness,” said Xu. “For people with anxiety, repetitive off-task thoughts can negatively affect their ability to learn, to complete tasks, or even function safely.

“It would be interesting to see what the impacts would be if mindful meditation was practiced by anxious populations more widely.”

The findings have important implications for treating chronic anxiety and Xu and colleagues are currently working on more research for how meditation can help people with anxiety.

“We don’t know if different kinds of meditation can be more or less effective,” he said.

They’re also looking at whether meditation can help broaden a person’s perspective overall.

Prone to anxious, wandering thoughts? Just 10 minutes of mindful meditation can put you back on track. [Photo: Bigstock]