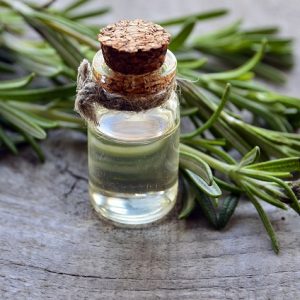 Exposure to the aroma of rosemary essential oil can significantly enhance working memory in children, according to a new study - and sales are soaring as exam time looms.[Photo: Bigstock]

Natural Health News — Exposure to the aroma of rosemary essential oil can significantly enhance working memory in children, according to a new study.

The news has, sent students and parents flocking to buy rosemary essential oil to help give them an edge during exam some.

The study was presented ahead of publication at the recent British Psychological Society Annual Conference in Brighton.

Dr Mark Moss and Victoria Earle of Northumbria University co-authored the study, which looked at 40 children aged 10 to 11.  The children were randomly assigned to a room that had either rosemary oil diffused in it for ten minutes or a room with no scent and then given a class based test involving different memory games.

Analysis revealed that the children in the rosemary scented room received significantly higher scores than the non-scented room. Overall, the students exposed to rosemary aroma achieved 5% to 7% better results in memory tests; the test to recall words demonstrated the greatest difference in scores.

The results come as pupils across the UK are revising for their GCSEs and A-level exams and looking for ways to improve memory and retention.

Britain’s largest health food retailer Holland and Barret says it has seen sales of rosemary essential oil increase by 270 per cent after publication of the study, and by 187 per cent compared with the same time last year.

» Rosemary is a traditional herb used to sharpen the mind and enhance memory; research in older people has proven this folklore to be true.

» In a new study, young pupils who worked in a classroom with the aroma of rosemary oil achieved better results in memory tests.

» News of rosemary’s benefits for students has seen sales of rosemary essential oil increase across the UK.

Young and old can benefit

Most studies into the memory effects of rosemary have been done with older people. For instance previous research by the same team at Northumbria notes that herbs peppermint, chamomile, rosemary and lavender have been proven to have an impact on mood and memory, with significant benefits displayed for older people.

In a series of studies on these herbs they found that smelling the aromas of rosemary and lavender impacted on memory in people over 65, with the scent of rosemary enhancing their memory by up to 15%, while lavender induced calm and contentedness but impaired memory. They also found that drinking peppermint tea improves alertness, while chamomile tea has a calming effect.

Dr Mark Moss said the human sense of smell was highly sensitive and sent messages to the brain, which set off a series of reactions and responses.

Commenting on the current study he said: “Why and how rosemary has this effect is still up for debate. It could be that aromas affect electrical activity in the brain or that pharmacologically active compounds can be absorbed when adults are exposed.

“We do know that poor working memory is related to poor academic performance and these findings offer a possible cost-effective and simple intervention to improve academic performance in children. The time is ripe for large-scale trials of aroma application in education settings.”

Exposure to the aroma of rosemary essential oil can significantly enhance working memory in children, according to a new study - and sales are soaring as exam time looms.[Photo: Bigstock]