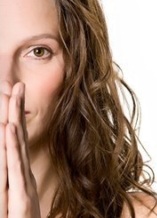 Natural Health News — Yoga can be an effective treatment for neck pain and has added benefits of improved psychological well being and quality of life.

According to published estimates, some 20% of the population suffers from chronic neck pain resulting in impaired quality of life and lost work time. The mainstay of conservative treatment for neck pain is non-steroidal anti-inflammatory medication, and the evidence of its effectiveness is contradictory while side effects, such as nausea and dizziness, are well known.

The new German study, published in The Journal of Pain, noted that one type of yoga, called lyengar yoga, has been shown effective in other pain syndromes, including low back pain. This activity uses supportive props and the sequences of postures can be tailored to address an individual’s medical problem.

To date no randomized controlled clinical trials have been published to assess the efficacy of lyengar yoga for adults with chronic neck pain.

So researchers at Charité-University Medical Center in Berlin and other sites in Germany and Austria recruited77 volunteer patients. Thirty-eight were assigned to the yoga group and 39 to a group treated with exercise.

Twenty five patients in the yoga group and 28 in self-care exercise competed the study (this study had an unusually high drop-out rate, either because patients withdrew from the study or were lost during follow up).

Patients were asked to complete a standardised questionnaire at the beginning of the study, after four weeks, and after ten weeks.

The findings showed there was a significant and clinically important reduction in pain intensity in the yoga group which the authors suggest is due to  the way yoga enhances both the toning of muscles and releasing of muscle tension.

They concluded, based on the study data, that lyengar yoga can be a safe and effective treatment option for chronic neck pain. The study results are consistent with the demonstrated benefits of yoga for treating low back pain.