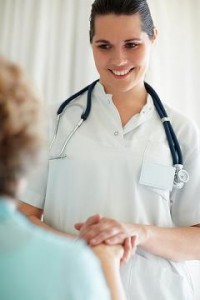 Nurses trained in guided visualisation, a form of hypnosis, can help patients cope with pain

Natural Health News — Guiding patients into a trance where they visualise a safe place, can help them cope with pain and anxiety during surgical procedures.

Ablation of AF is a lengthy and invasive procedure that involves deliberately creating scars on areas of heart tissue. The scar tissue does not conduct electricity and, doctors believe, this can facilitate a return to a normal regular heart rhythm. There are two main ways in which ablation can be performed: surgically or by catheter (nonsurgically).

All patients were awake during the 2-4 hour treatment and received local anaesthesia plus painkillers when they signalled the nurse using a push button. During the procedure patients scored their pain and anxiety levels every 15 minutes and after specific painful experiences.

The researchers found that patients who used visualisation during the procedure were in pain less often and asked for fewer painkillers. When the patients perceived pain, there were no differences between groups in the perception of pain intensity and or anxiety levels.

Mrs Nørgaard said: “Patients who used visualisation expressed pain fewer numbers of times and asked for less painkillers. Their perceived pain intensity may have been the same because we interrupted their visualisation at regular intervals to record pain and anxiety levels. If they had been allowed to stay in their trance like state during the entire procedure, their perceived pain intensity may have also reduced.”

Said Nørgaard: “We ask patients to describe a comfortable safe place they want to be during the procedure. People have chosen a summer house, the beach, or the woods. During the procedure the nurse asks the patient to focus on their safe place and how it looks, smells and sounds.”

She added: “When the patient expresses pain, the nurse helps the patient visualise an alternative scenario to the invasive procedure. For example, if the patient says ‘my chest is burning’, the nurse may say ‘imagine that it’s a cold day and there is ice on your chest’. Patients tell us that being in this trance like state with safe images makes the procedure a pleasant experience and it feels shorter.”

Adding to the data

The current research presented at EuroHeartCare 2014, the official annual meeting of the Council on Cardiovascular Nursing and Allied Professions (CCNAP) of the European Society of Cardiology (ESC) in Stavanger, Norway, builds on these findings.

It explored in greater detail the experiences of 14 patients who had used visualisation during the first clinical study. Qualitative interviews were conducted and subjected to inductive content analysis.

Mrs Nørgaard said: “Patients told us that visualising their own safe place during the procedure made them feel involved and helped them cope with pain and anxiety. Before the intervention patients were anxious and afraid of being on the operating table for a long time but afterwards they said visualisation had made it seem short and that it was a positive and pleasant experience.”

She added: “We know that patients want to be in control when they come into hospital and into the operating room. But patients who used visualisation during their invasive procedure said they felt it allowed them to let go of the control because they felt secure and had something else to focus on.”

“Some countries, for example the US and in southern Europe, use general anaesthesia during ablation of AF which can be risky during such a long procedure and is expensive. Some of these patients could use local anaesthesia and visualisation instead, plus painkillers as needed. Extra nurses are not needed in the operating room, you just need to train the ones who are already there.”

Mrs Nørgaard concluded: “Patients go through painful procedures every day in different departments of the hospital. Visualisation has the potential to reduce the amount of pain patients experience during numerous invasive procedures. We offer visualisation to all our AF ablation patients and those who return for another procedure request it. We also use visualisation during other cardiac procedures because it works so well.”

Nurses trained in guided visualisation, a form of hypnosis, can help patients cope with pain