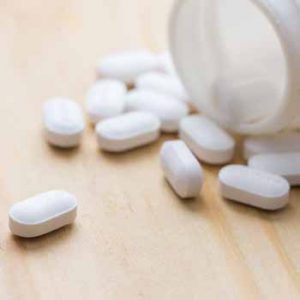 Paracetamol may impede our ability to process what's going on around us and adapt our behaviour accordingly. [Photo: Bigstock]

Natural Health News — Paracetamol, is thought to treat everything from fever to headache with few or no side effects – but a recent study suggests the drug causes potentially worrying changes in the brain.

Researchers at the University of Toronto found people taking the recommended doses of the drug are less reactive to uncertain situations and that their brain’s ‘error-detection’ is impeded. The detected brain changes were small enough that people did not notice them, but large enough to cause problems in every day functioning.

Paracetamol, also known as acetaminophen, is widely viewed as a cheap, safe and effective form of pain relief. It is available without prescription, and is one of the world’s most popular over-the-counter painkillers. In the UK alone GPs wrote 22.5 million prescriptions for it in 2013. Around 200m packets of it are sold annually, accounting for two-thirds of the UK market for over-the-counter painkillers.

» Paracetemol – also known as acetaminophen – is a cheap, popular medicine and is the most widely used over-the-counter and prescription painkiller worldwide.

» Amazingly scientists still are not completely sure how it works to inhibit physical pain, while recent studies have shown that people are less reactive to uncertain situations when taking acetaminophen.

» This latest study shows that paracetamol may affect cognitive control – our ability to quickly process information and change our behaviour, if necessary, to adapt to what’s going on around us.

While recent research has only begun to show how acetaminophen stops pain, some behavioural studies have shown slight cognitive impairments when on the drug. This is likely because the area of the brain that perceives pain is the same one involved in ‘social pain’ – for instance rejection or embarrassment.

For the study, published in the journal Social Cognitive and Affective Neuroscience, researchers recruited 62 people for a double-blind, randomised study with half the participants receiving 1,000 mg acetaminophen, the normal maximum dose, and the rest given a placebo.

The participants were then hooked up to an electroencephalogram and given a target-detection task called Go or No Go, hitting a button when an “F” appeared on a screen but not hitting the button if an “E” appeared on the screen.

In addition to hitting the button more often when an “E” appeared, the group given acetaminophen also missed more “F” screens than the placebo group — suggesting the drug has an effect on the mind beyond simply killing pain.

Explains Randles: “The task we designed is meant to capture that since most of the stimuli were Go, so you end up getting into a routine of automatically hitting the Go button. When you see a No Go, that requires cognitive control because you need to interrupt the process.”

Cognitive control is an important neurological function, he says. Most of our days are spent doing repetitive tasks or those that flow automatically like reading, walking or talking. These tasks require very little cognitive control because they are well mapped out neurological processes.

But, says Randles,”Sometimes you need to interrupt your normal processes or they’ll lead to a mistake, like when you’re talking to a friend while crossing the street, you should still be ready to react to an erratic driver.”

With regard to the current study he notes “It looks like acetaminophen makes it harder to recognize an error, which may have implications for cognitive control in daily life.”

Paracetamol may impede our ability to process what's going on around us and adapt our behaviour accordingly. [Photo: Bigstock]