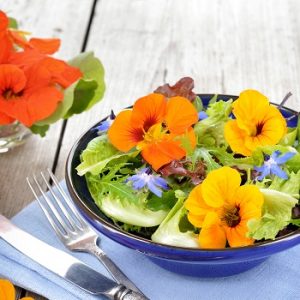 Lutein gives a boost to IQ and creative thinking

Natural Health News — Lutein is recognised as a vision-improving vitamin – but a new study suggests what’s good for the eyes may also be good for your brain power.

The link between lutein and eye health was first reported in 1994 when researchers discovered a link between the intake of carotenoid-rich food, particularly dark green leafy vegetables like spinach, and a significant reduction in age-related macular degeneration (AMD)

Since then it has become the go-to nutrient to help prevent macular degeneration, cataracts and other eye-related problems.

More recently scientist have discovered that it may have a role to play in reducing systemic inflammation. Other data has shown that the brain requires lutein for proper development.

» Lutein is a carotenoid family known to help prevent macular degeneration, cataracts and other eye-related problems by improving the density of the macula – the central area of the retina.

» But recent studies are also showing that it has brain benefits, including lowering the risk of cognitive decline.

» US researchers have found that even in people who may have trouble absorbing lutein, such as those who are overweight, higher lutein status is associated with better IQ scores and a boost in creative thinking.

Numerous studies with data from primates, children, middle-aged people and the elderly now support the importance of lutein in brain health, which is unsurprising given that the eyes and the brain are connected.

For instance, higher blood levels of lutein and zeaxanthin have been associated with better cognition, memory and executive function in adults.

Studies in children have found that 60% of the total carotenoids in the paediatric brain is lutein, even though lutein is only about 12% of the carotenoids in the average infant’s diet. This accumulation suggests that the brain has a preference for lutein.

With this in mind scientists from the University of Illinois at Urbana-Champaign studied 114 overweight and obese people aged between 25 and 45, assessing them for dietary lutein and zeaxanthin intakes, macular pigment ocular density (MPOD) and intelligence.

The scientists studied overweight people because they appear to have trouble absorbing adequate lutein and so are known to be at risk for lower MOPD status.

Results showed that MPOD decreased as the percentage of body fat increased. Higher MOPD, however, was associated with higher IQ and fluid intelligence, which is our ability to problem solve in novel situations, and to think creatively and flexibly in response to everyday challenges. There were no significant associations between MPOD and crystalized intelligence, the ability to retrieve and use information acquired throughout life.

Getting more in your diet

Even in individuals who normally find it difficult to absorb lutein, the brain benefits were apparent, suggesting that getting more in the diet may be useful way to protect the brain.

Writing in the journal Nutrients​ ​the scientist note: “Given that excess fat mass has also been related to poorer cognitive function and brain health, the finding that MPOD was positively related to intelligence provides a potential opportunity to counter obesity-related cognitive impairment using dietary approaches.”​

A daily intake of 6mg of lutein and zeaxanthin is considered the minimum level to provide observable health benefits and this is achievable with a plant-based diet that includes a variety of fresh produce. Lutein is found in high concentrations in leafy greens like kale, spinach, chard and dandelion greens. Nasturtium flowers also contain a very high lutein, and make a pretty addition to salads. You can also buy lutein in supplement form.