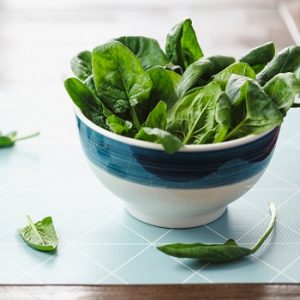 Green leafy vegetables are a source of lutein - a carotenoid with anti-inflammatory properties. [Photo: Bigstock]

Lutein – it’s not just for your eyes

Natural Health News — Lutein, a nutrient found in several highly coloured vegetables and fruits, can benefit the heart by suppressing inflammation, according to a new study

A member of the carotenoid family, which also includes beta-carotene and lycopene, lutein is perhaps best known for its ability to protect eye health.  It can help delay or prevent age related macular degeneration and this is why most people supplement with it.

But recent studies are beginning to show that it has benefits beyond the eye. Earlier this year researches found that the brain requires lutein for proper development. Other research indicates that it may have a more generalised role in reducing systemic inflammation.

It’s this anti-inflammatory role that was the focus of researchers at Linkoping University, Sweden, whose study, published in Atherosclerosis, suggests that the anti-inflammatory properties of lutein may benefit those with coronary artery disease.

» Lutein, a member of the carotenoid family, is best known for its benefits to eye health.

» Recent data, however suggest that it has anti-inflammatory properties that may benefit other areas of the body such as the brain and the heart. Most studies, however have been carried out on healthy people.

» In this study, Swedish researchers analysed carotenoid levels in people with coronary heart disease and found that those with the highest levels of lutein in their blood had the lowest levels of inflammation.

» This suggests that increasing lutein, either from supplementation or in the diet, may benefit those at risk of heart disease.

Inflammation is a key factor in many types of coronary artery disease, such as myocardial infarction (heart attack) and angina.

“A considerable number of patients who have experienced myocardial infarction still have low-level chronic inflammation in the body, even after receiving effective treatment with revascularisation, drugs and lifestyle changes. We know that chronic inflammation is associated with a poorer prognosis,” says Lena Jonasson, professor in the Department of Medical and Health Sciences and consultant in cardiology, who led the study.

Previous research has suggested that our diet influences inflammatory processes in the body and that carotenoids as a family may have anti-inflammatory effects that we have yet to fully understand.

Moreover most previous studies into the relationship between carotenoids and inflammation have been carried out on animals or healthy human volunteers. But the cells of the immune system in people with low-level inflammation may react differently than those of healthy people.

The researchers who carried out the new study, therefore, wanted to investigate their effects in patients with coronary artery disease.

They started by measuring the levels of the six most common carotenoids in blood from 193 patients with coronary artery disease. At the same time, they measured the level of inflammation in the blood using the inflammatory marker interleukin-6, IL-6. Lutein was the only carotenoid whose level was correlated with IL-6. The higher the level of lutein in the blood, the lower the level of IL-6.

“The patients were receiving the best possible treatment for their disease according to clinical guidelines, but even so, many of them had persistent inflammation. At the same time, the patients had lower levels of lutein,” says Lena Jonasson.

What they foudn was that one particular carotenoid, lutein, can suppress long-term inflammation in patients with coronary artery disease. In addition results showed that lutein is absorbed and stored by the cells of the immune system in the blood.

A strategy for heart health

This finding led the researchers to investigate whether lutein can influence the cells in the blood that are involved in inflammatory processes. They collected cells of the immune system from blood from patients with coronary artery disease. They found that the inflammatory activity of the cells became significantly lower when they were treated with lutein.

Orange coloured fruits as well as vegetables with dark-green leaves, such as spinach, are particularly rich in lutein. The Swedish team say their next step is to look more closely at  whether increased intake of lutein–rich foods like this has a positive effect on the immune system in patients with coronary artery disease.

Studies of eye disease, however, have already shown that dietary lutein – especially from fruits – helps to raise blood levels this nutrient in the body so including more of these in your diet may be a good strategy for heart health.

Green leafy vegetables are a source of lutein - a carotenoid with anti-inflammatory properties. [Photo: Bigstock]