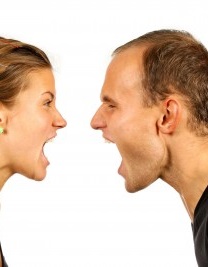 Arguments, stress, deadlines, even the daily news can all add to high levels of stress that are bad for your heart.

Anger and anxiety link to inflammation and heart disease

Natural Health News — Studies have shown that anger, anxiety, and depression not only affect the functioning of the heart, but also increase the risk for heart disease.

Stroke and heart attacks are the end products of progressive damage to blood vessels supplying the heart and brain, a process called atherosclerosis. Atherosclerosis progresses when there are high levels of chemicals in the body called pro-inflammatory cytokines.

It is thought that persistent stress increases the risk for atherosclerosis and cardiovascular disease by evoking negative emotions that, in turn, raise the levels of pro-inflammatory chemicals in the body.

Researchers have now investigated the underlying neural ‘circuitry’ of this process, and report their findings in the current issue of Biological Psychiatry.

“Drawing upon the observation that many of the same brain areas involved in emotion are also involved in sensing and regulating levels of inflammation in the body, we hypothesised that brain activity linked to negative emotions – specifically efforts to regulate negative emotions – would relate to physical signs of risk for heart disease,” explained Dr. Peter Gianaros, Associate Professor at the University of Pittsburgh and first author on the study.

To conduct the study, Gianaros and his colleagues recruited 157 healthy adult volunteers who were asked to control their emotional reactions to unpleasant pictures while their brain activity was measured with functional imaging.

They found that individuals who show greater brain activation when controlling their negative emotions also exhibit elevated blood levels of interleukin-6, one of the body’s pro-inflammatory cytokines, and increased thickness of the carotid artery wall, a marker of atherosclerosis.

The inflammation levels accounted for the link between signs of atherosclerosis and brain activity patterns seen during this kind of emotion regulation.

Importantly, the findings were significant even after controlling for a number of different factors, like age, gender, smoking, and other conventional heart disease risk factors.

Emotions are connected to health

“These new findings agree with the popular belief that emotions are connected to heart health,” said Gianaros. “We think that the mechanistic basis for this connection may lie in the functioning of brain regions important for regulating both emotion and inflammation.”

The findings, he says, may have implications for brain-based prevention and intervention efforts to improve heart health and protect against heart disease.”

“As we identify the key mechanisms linking brain and body, we may be able to also break the cycle through which stress and depression impair physical health.”

Arguments, stress, deadlines, even the daily news can all add to high levels of stress that are bad for your heart.