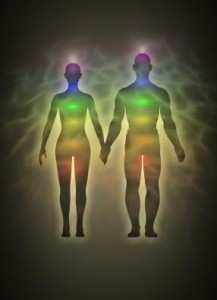 Emotions adjust our mental but also bodily states to help us cope with challenges in our lives.

Where do you feel it? Mapping emotions in the body

Natural Health News — New research has revealed that what we feel isn’t just in our heads. Different emotions are – literally – experienced throughout the body.

These sensations are an important feature of our emotional experiences, say the Finish researchers working out of Aalto University. For example, anxiety may be experienced as pain in the chest, whereas falling in love may trigger warm, pleasurable sensations all over the body.

The research involved over 700 individuals from Finland, Sweden and Taiwan and was carried out online. After inducing different emotional states in those taking part, the participants were shown pictures of human bodies on a computer, and asked to colour the bodily regions where they most felt their emotions as a physical sensation.

The findings were published in the scientific journal Proceedings of The National Academy of Sciences. 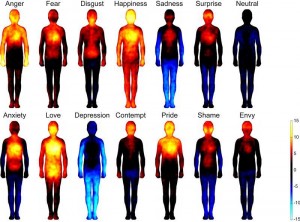 “Emotions adjust not only our mental, but also our bodily states. This way they prepare us to react swiftly to the dangers, but also to the opportunities such as pleasurable social interactions present in the environment. Awareness of the corresponding bodily changes may subsequently trigger the conscious emotional sensations, such as the feeling of happiness,” said lead researcher Lauri Nummenmaa from Aalto University.

“The findings have major implications for our understanding of the functions of emotions and their bodily basis. On the other hand, the results help us to understand different emotional disorders and provide novel tools for their diagnosis.”

Emotions adjust our mental but also bodily states to help us cope with challenges in our lives.