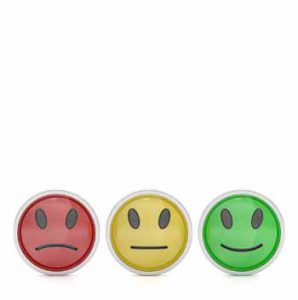 Mixed emotions may be a way of helping us see both sides of an argument. [Image: Bigstock]

Natural Health News — Frustrated because you are not sure what you are feeling? Don’t worry.  Experiencing mixed emotions shows emotional complexity, not indecision, according to new research.

What is more, say the researchers at University of Waterloo in Ontario, Canada people living in different parts of the world vary in their ability to distinguish between multiple feelings they’re having at once.

Previous studies have linked lower emotional complexity with a reduced ability to control one’s emotions, and higher risk of depression.

» The inability to pin down what you are feeling is sometimes associated with indecisiveness.

» New research, however, suggests that it is actually a sign of healthy emotional complexity and that this in turn is determined in part by culture.

» In Western societies, which elevate the individual above all else, mixed feelings are not well tolerated. But in older societies, for instance in Asia and Russia, emotional complexity may help individuals see both sides of an issue and function better in groups.

The current project examined how people across 16 cultures vary in their tendency to see situations as either all good or all bad, or in a more complex fashion by seeing a little of both.

“People in many western countries see mixed feelings as undesirable – as if to suggest that someone experiencing mixed feelings is wishy-washy,” said Igor Grossmann, a professor in the Department of Psychology at Waterloo, and lead author of the paper.

“Actually, we found that both westerners and non-westerners who show mixed feelings are better able to differentiate their emotions and experience their lives in an emotionally rich and balanced fashion.”

The research indicates that people living in what they called ‘self-oriented cultures’, where individuals put their own needs first and interact less with the wider family and community (as is the case in Canada, the United States, Australia or Great Britain) were less emotionally complex than people living in ‘other-oriented cultures’ which place a greater emphasis on feelings of duty and familial bonds.

People in various parts of Asia and Russia showed considerably more complexity in their emotions. Western Europe and South Africa fell in the middle.

“People in those other-oriented cultures are more likely to experience emotional complexity because they are able to see different perspectives,” said Grossmann.

“For example, they might see a job loss as disappointing, but also as an exciting opportunity to spend more time with family or to try something new. Someone from a culture that is oriented towards personal achievement is more likely to see it as all negative.”

This project involved three studies. One of them used a text-analysis tool to measure the prevalence of mixed emotional expressions in 1.3 million English-language websites and blogs.

The other two studies focused on the ways in which people report their emotions across a range of daily experiences, examining whether they report experiencing mixed feelings, and whether they differentiate between different types of positive and negative experiences.

“Across the entire project, the degree to which a culture promotes focus on other people rather than the self, including greater awareness of others, was positively associated with all of the markers of emotional complexity,” said Grossmann.

“Further, when we looked at individuals who focus on others within each culture, they also showed greater emotional complexity on a personal level.”

The paper appears in the Journal of Personality and Social Psychology.

Mixed emotions may be a way of helping us see both sides of an argument. [Image: Bigstock]