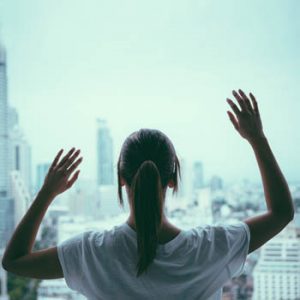 Loneliness is damaging to both mind and body. [Photo: Bigstock]

Loneliness could kill you

Independence is glorified in North American culture as a symbol of strength. As a society, we value individual achievement and extol self-reliance.

I am an expert on aging and retirement and I also help employees transition from work to retirement by facilitating seminars and workshops in corporate Canada. And I often wonder however if our “go at it alone” attitude has led us down a lonely and isolating path.

Here are some recent stats:

I suspect that these numbers are even higher among the general Canadian population, not just CARP members.

According to science, loneliness shortens our lifespan. Twice as much as obesity. Yes, you read that right.

Dr. John Cacioppo, the world’s foremost authority on loneliness, maintains that the number of people in your life does not inoculate you from experiencing loneliness. Rather, it’s the feeling of being lonely that places the brain and body at risk.

Cacioppo equates feeling lonely with feeling hungry. We compromise our survival and well-being when either is ignored.

We are biologically hardwired to respond to our environment. When we experience low blood-sugar levels, we crave food. The feeling of our stomachs being empty is a warning sign to eat and it’s essential to our very survival.

» Humans are genetically programmed to be social creatures but in many countries cultural programming to be independent can work against this.

» Studies show that the more we disconnect from others the more it negatively impacts our health and well being.

When we feel lonely, we desire connection with others, much like the loud rumble that your tummy makes when hungry.

A lonely brain is restless

Loneliness triggers “hyper-vigilance.” That is your brain is on the lookout for social threats, which consequently puts us on the defensive. We become more reactive to negative events and perceive daily hassles as more stressful.

A lonely brain is also subject to an increase in depressive symptoms and has difficulty self-regulating. That is why you may find yourself irritable and impulsive.

A lonely brain is also at risk of cognitive and physical decline.

A three-year Dutch study followed more than 2,000 participants aged 65 to 86. While none of the participants had signs of dementia at the outset of the study, results revealed that those who reported feeling lonely had a 64% increase in the risk of developing dementia.

People also experience an increase in loneliness when they retire from work. That’s why you want to make sure that you’re retiring to something, and that you have friends outside of your place of employment.

Loneliness also affects the body. Psychologist Stephen Suomi’s research indicates that loneliness distorts the expression of certain genes. An experiment separating newborn primates from their mothers during their first four months of life resulted in the altered development of immunity-related genes that help the body fight viruses.

Social psychologist Lisa Jaremka’s research indicates that lonely people have higher levels of activated viruses in their system and are at greater risk of suffering from chronic inflammation, which has been linked to type 2 diabetes, arthritis, heart disease and even suicide.

What are we to do with an emotional state that is so powerful that it can alter our brains, compromise our physiology and cut short our longevity?

The antidote to loneliness

We are physiologically and psychologically primed for connection.

The next time you feel lonely and out of sorts, acknowledge it as a signal that you are in need of connection and seek out companionship.

Your body and your brain will be thankful that you did, and you may even increase your longevity.

Loneliness is damaging to both mind and body. [Photo: Bigstock]