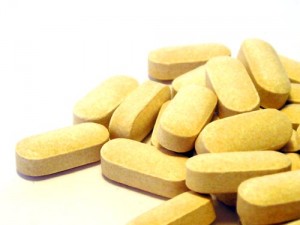 Scientists say the official RDA for vitamin C is based on faulty science and is too low to keep us healthy [Image: Alvimann - Morguefile]

Natural Health News — The recommended dietary allowance, or RDA, of vitamin C is less than half what it should be.

The reason, according to a new report? Because medical experts insist on evaluating this natural, but critical nutrient in the same way they do pharmaceutical drugs and reach faulty conclusions as a result.

Writing in the journal Critical Reviews in Food Science and Nutrition, the  group of US and European researchers say there’s compelling evidence that the RDA of vitamin C should be raised to 200 milligrams per day for adults, up from its current levels in the United States of 75mg  for women and 90mg for men.

In Europe the Recommended Daily Intake (RDI) of vitamin C for adults is 60mg.

Rather than just prevent the vitamin C deficiency disease of scurvy, they say, it’s appropriate to seek optimum levels that will saturate cells and tissues, pose no risk, and may have significant effects on public health at almost no expense – about a penny a day if taken as a dietary supplement.

“It’s time to bring some common sense to this issue, look at the totality of the scientific evidence, and go beyond some clinical trials that are inherently flawed,” said Balz Frei, professor and director of the Linus Pauling Institute at Oregon State University, and one of the world’s leading experts on the role of vitamin C in optimum health.

“Significant numbers of people in the US and around the world are deficient in vitamin C, and there’s growing evidence that more of this vitamin could help prevent chronic disease,” Frei said.

“The way clinical researchers study micronutrients right now, with the same type of so-called ‘phase three randomized placebo-controlled trials’ used to test pharmaceutical drugs, almost ensures they will find no beneficial effect. We need to get past that.”

Unlike testing the safety or function of a prescription drug, the researchers said, such trials are ill suited to demonstrate the disease prevention capabilities of substances that are already present in the human body and required for normal metabolism.

Some benefits of micronutrients in lowering chronic disease risk also show up only after many years or even decades of optimal consumption of vitamin C – a factor often not captured in shorter-term clinical studies.

A wider body of metabolic, pharmacokinetic, laboratory and demographic studies suggests just the opposite, that higher levels of vitamin C could help reduce the chronic diseases that today kill most people in the developed world – heart disease, stroke, cancer, and the underlying issues that lead to them, such as high blood pressure, chronic inflammation, poor immune response and atherosclerosis.

“We believe solid research shows the RDA should be increased,” Frei said. “And the benefit-to-risk ratio is very high. A 200mg intake of vitamin C on a daily basis poses absolutely no risk, but there is strong evidence it would provide multiple, substantial health benefits.”

Most people do not have an ‘excellent diet’

An excellent diet with the recommended five to nine daily servings of fruits and raw or steam-cooked vegetables, together with a six-ounce glass of orange juice, could provide 200mg of vitamin C a day. But most Americans and people around the world do not have an excellent diet.

Even at the current low RDAs, various studies in the US and Canada have found that about a quarter to a third of people are marginally deficient in vitamin C, and up to 20% in some populations are severely deficient – including college students, who often have less-than-perfect diets. Smokers and older adults are also at significant risk.

Other studies have shown generalised vitamin C deficiency amongst certain populations in the UK and  India.

Even marginal deficiency can lead to malaise, fatigue, and lethargy, the researchers note. Low dose supplements are unlikely to correct these deficiencies.

Critics have suggested that some of these differences are simply due to better overall diet, not vitamin C levels, but the scientists note, in this report, that some health benefits correlate even more strongly to vitamin C plasma levels than fruit and vegetable consumption, suggesting quantifiable benefits from supplementation.

Scientists say the official RDA for vitamin C is based on faulty science and is too low to keep us healthy [Image: Alvimann - Morguefile]