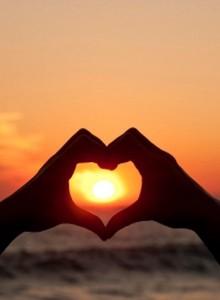 Vitamin D deficiency has traditionally been linked with poor bone health. However, the results from several population studies indicate that a low level of this important vitamin may also be linked to a higher risk of  heart attack, coronary arteriosclerosis and angina.

Other studies show that vitamin D deficiency may increase blood pressure, and it is well known that high blood pressure increases the risk of heart attack.

This  new study from the University of Copenhagen and Copenhagen University Hospital involved more than 10,000 Danes. Researchers measured vitamin D were measured blood samples from 1981-1983 and then followed the study participants until the present day.

Results published in the journal Arteriosclerosis, Thrombosis and Vascular Biology compared those with lowest levels of vitamin D in their blood (less than 15 nanomol per litre, or nmol/L) with those with the highest levels (50 nml/L and above).

It should be noted that vitamin D levels are represented in two ways in studies, nanograms per millilitre (ng/ml) and nanomoles per litre (nmol/L). To convert ng/ml to nmol/L multiply by 2.5 (40 ng/ml = 100 nmol/L). (Yes, we know the math is boring but can help make sense of study findings!).

Danish authorities recommend that 50 nmol/L  should be considered the minimum level of vitamin D in the blood; 30 ng/ml (or 75 nmol/l) is generally considered a healthy ‘norm’.

The higher risks remained, even after adjustment for several factors that can influence the level of vitamin D and the risk of disease and death.

Heart disease is the most common cause of adult death in the world according to the World Health Organization (WHO), which estimates that at least 17 million people die every year from heart disease.

The scientists say they need to determine whether the connection between a low level of vitamin D and the risk of heart disease is a genuine causal relationship or whether a low vitamin  D status is a result of generally poor health that is, itself, predictive of a higher risk of heart disease. However this is certainly not the first study to show this link.

In 2011 US researchers at the University of Kansas, analysing data on more than 10,000 patients,  found that 70% were deficient in vitamin D and they were at significantly higher risk for a variety of heart diseases. Vitamin D deficiency also nearly doubled a person’s likelihood of dying, whereas correcting the deficiency with supplements lowered their risk of death by 60%.

In 2010 researchers at the Intermountain Medical Center Heart Institute in Utah reported the findings of two studies at the American College of Cardiology 59th annual scientific session in Atlanta.

In the second group, researchers placed over 41,000 patients into three categories based on their levels of vitamin D. The patients in each category who increased their vitamin D levels to 43 ng/ml or higher had lower rates of death, diabetes, cardiovascular disease, myocardial infarction, heart failure, high blood pressure, depression, and kidney failure.

Vitamin D supplements usually come in doses of 400IU. however depending on a person’s health risk a practitioner may recommend increasing vitamin D intake by 1000 to 5000 IU. It’s always advisable to have your blood levels of vitamin D tested before embarking on a supplement regime.

Fish are the best dietary sources of vitamin D Oily fish like wild salmon and trout are excellent sources and even cod has moderate amounts of vitamin D. This however comes with two provisos 1) that many big fish like these have been overfished to the point of being endangered and 2) fish can also concentrate ocean-borne pollutants in their fat.

The healthiest and easiest way to get enough vitamin D is to let the sun shine on your skin at regular intervals. Daily exposure (without sunscreen) of 20-30 minutes of sunlight can provide up to 10,000 IU.