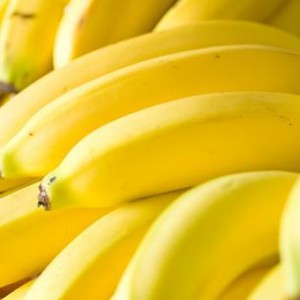 Natural Health News — Older women who eat foods with higher amounts of potassium may be at lower risk of stroke and death than those who consume less potassium-rich foods.

In a new study published in  the American Heart Association’s journal Stroke, researchers studied more than 90,000 post-menopausal women, ages 50 to 79, over a period of 11 years.

They looked at how much potassium the women consumed, as well as if they had strokes, including ischaemic and haemorrhagic strokes, or died during the study period. Women in the study were stroke-free at the start and their average dietary potassium intake was 2,611 mg/day.

Good food is the key

Importantly, the results of this study are based on potassium from food, not supplements. Results showed that:

Among women with hypertension (i.e. their blood pressure was high or they were taking drugs for high blood pressure), those who ate the most potassium had a lower risk of death, but potassium intake did not lower their stroke risk.

Most of us don’t get enough

General dietary guidelines in the US recommend that women eat at least 4,700 mg of potassium daily, but says Wassertheil-Smoller, “Only 2.8% of women in our study met or exceeded this level. The World Health Organization’s daily potassium recommendation for women is lower, at 3,510 mg or more. Still, only 16.6% of women we studied met or exceeded that”

The study was observational and included only post-menopausal women. Researchers also did not take sodium intake into consideration, so the potential importance of a balance between sodium and potassium is not among the findings.

Researchers said more studies are needed to determine whether potassium has the same effects on men and younger people.

Potassium is part of every cell in the body, and life would be impossible without it.

However, potassium is often taken for granted, in spite of its role in maintaining fluid balance, and keeping your brain, nerves, heart, and muscles functioning normally on a constant basis.

Not eating enough fruits and vegetables is why  many people don’t get enough potassium. So if you want to boost your intake try eating more white beans, leafy greens like spinach and brassicas like broccoli, potatoes (both white and sweet) baked in their skin, dried apricots, orange fleshed squashes, bananas, avocados, yoghurt, salmon and mushrooms on a regular basis.

How you cook your food also has an influence on the amount of potassium you get from food. For example, a boiled potato has almost half the potassium of a baked potato. To preserve potassium, eat fruits and vegetables raw, or roast or lightly steam them.