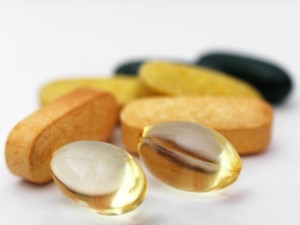 That is the finding of a study involving thousands of postmenopausal women suggest that published in the journal Breast Cancer Research and Treatment. The effect was significant showing the the risk of dying from invasive breast cancer was 30% lower among multivitamin/mineral users compared with nonusers.

“Our data suggest that multivitamins with minerals have a protective role for women with breast cancer. Ours is the largest study of multivitamin supplements in postmenopausal breast cancer survivors, so we had a lot of power to uncover these associations,”  said Sylvia Wassertheil-Smoller, PhD, lead author of the study and distinguished university professor emerita of epidemiology and population health at Albert Einstein College of Medicine of Yeshiva University in New York.

Although Dr Wassertheil-Smoller stresses that  the findings can’t be extrapolated to all women she adds that the results offer “tentative but intriguing evidence that multivitamin/mineral supplements may help older women who develop invasive breast cancer survive their disease.”

Multivitamin/mineral supplements are the most commonly consumed dietary supplements among US adults. They usually contain 20-30 vitamins and minerals, often at levels of 100% of US Recommended Dietary Allowances or less, and the usual label recommendation is to take them daily.

The research was conducted as part of the Women’s Health Initiative Clinical Trials and the Women’s Health Initiative (WHI) Observational Study. Combined, the two studies include data from 161,608 postmenopausal women ages 50 to 79 when they first joined the study. These women were enrolled at 40 clinical centres throughout the United States during the years 1993-1998.

The current study focused on 7,728 participants who were diagnosed with invasive breast cancer during the WHI and were followed for an average of seven years after their diagnosis.

After enrolling in the WHI and during repeated follow-up visits, all participants provided extensive information about their health including whether or not they had taken a multivitamin/mineral supplement at least once a week during the prior two weeks.

Could differences between the multivitamin/mineral users and nonusers account for this finding?

The researchers looked at many possible influential factors including additional supplements that the women took, their smoking status, education, race/ethnicity, weight, depression, alcohol use, physical activity, age at breast cancer diagnosis, and diabetes. However, the association between regular use of multivitamin/mineral supplements and reduced risk of death persisted even after these factors were taken into account.

“Controlling for these other factors strengthens our confidence that the association we observed – between taking multivitamin/mineral supplements and lowering breast-cancer mortality risk among postmenopausal women with invasive breast cancer – is a real one,” said Dr. Wassertheil-Smoller.

While further studies may be needed she suggests that the bottom line is that for postmenopausal women, perhaps taking a daily multivitamin and mineral supplement might boost their general health and may prove protective if they develop breast cancer.