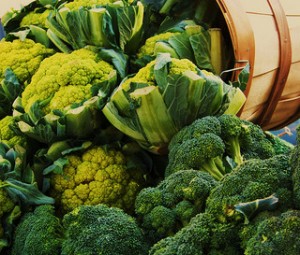 Natural Health News — A compound created from vegetables including broccoli and Brussels sprouts has been shown to combat even the most aggressive type of breast cancer, according to a recent report.

Speaking at the recent American Association of Pharmaceutical Scientists annual meeting in Chicago, Illinois, scientists from Florida’s and Texas’s A&M Universities say that diindolylmethane (DIM), which is found in cruciferous vegetables, is the active ingredient that can beat even triple-negative breast cancer (TNBC), the most aggressive type that affects around 20% of all sufferers.

What is more, the new compound is more effective, and less debilitating, than current conventional treatments available, such as chemotherapy.

TNBC is one of the most aggressive forms of breast cancer; it grows faster, spreads to other parts of the body earlier, is harder to detect on a mammogram and recurs more often.

Drug treatment for TNBC is, in addition, so toxic that it can make the patient sicker and chemotherapy is generally ineffective.

The scientists say they are “confident” the new compound represents an effective and safe alternative and the fact it can combat TNBC is especially impressive.

“We are confident that the compounds we are currently working with are an effective treatment for triple-negative breast cancer. These compounds are safer for the patient than current treatments available.”