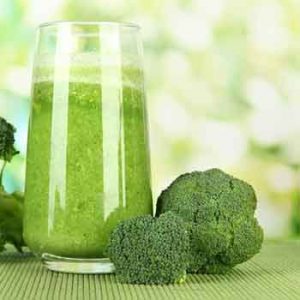 Natural Health News — Potent doses of broccoli sprout extract activate a “detoxification” gene and may help prevent cancer recurrence in survivors of head and neck cancer, according to a new study.

Results of the trial from the University of Pittsburgh Cancer Institute, which included human, animal and laboratory tests, appear in the journal Cancer Prevention Research.

It is, they say, the first study demonstrating that the extract protects against oral cancer.

“With head and neck cancer, we often clear patients of cancer only to see it come back with deadly consequences a few years later,” said lead author Julie Bauman, MD, MPH, co-director of the UPMC Head and Neck Cancer Center of Excellence.

» Head and neck cancers account for approximately 3% of all cancers in the US, but that burden is far greater in many developing countries and recurrence is a significant problem.

» Building on previous research, scientists at the Univesity of Pittsburgh Cancer Institute have shown through human, laboratory and animal testing that broccoli sprout extract can switch on genes that aid the body’s own efforts to detoxify itself of carcinogenic substances.

» In the human arm of the study, drinking or swishing the mouth out with a liquid containing broccoli sprout extract triggered the same protective ‘detox’ mechanism that was seen in the lab.

“Unfortunately, previous efforts to develop a preventative drug to reduce this risk have been inefficient, intolerable in patients and expensive. That led us to ‘green chemoprevention’- the cost-effective development of treatments based upon whole plants or their extracts.”

Cruciferous vegetables, such as broccoli, cabbage and garden cress, have a high concentration of the naturally occurring molecular compound sulforaphane, which previously has been shown to protect people against environmental carcinogens.

Dr. Bauman and her colleagues treated human head and neck cancer cells in the laboratory with varying doses of sulforaphane and a control Substance, and compared them to normal, healthy cells that line the throat and mouth.

The sulforaphane induced both types of cells to increase their levels of a protein that turns on genes that promote detoxification of carcinogens, such as those found in cigarettes, and protect cells from cancer.

In a small preclinical trial, 10 healthy volunteers drank or swished fruit juice mixed with broccoli sprout extract for several days. The volunteers had no significant problems tolerating the extract and the lining of their mouths showed that the same protective genetic pathway activated in the laboratory cell tests was activated in their mouths, meaning that the sulforaphane was absorbed and directed to at-risk tissue.

They study also showed that mice who received the sulforaphane developed far fewer tumors than their counterparts who did not receive the extract.

The outcomes of all three types of studies have been so successful that Dr. Bauman has started a larger clinical trial in volunteers previously cured of head and neck cancer. These participants are taking capsules containing broccoli seed powder, which is more convenient to take regularly than the extract mixed with juice.

“Head and neck cancers account for approximately 3% of all cancers in the US, but that burden is far greater in many developing countries,” said Dr. Bauman. “A preventative drug created from whole plants or their extracts may ease the costs of production and distribution, and ultimately have a huge positive impact on mortality and quality of life in people around the world.”