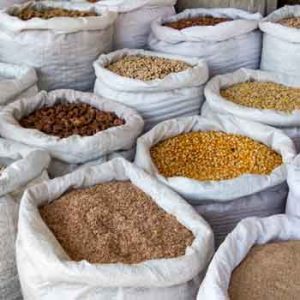 The findings, published in the British Journal of Nutrition, came from a meta-analysis of 14  studies examining cereal fibre intake and its relationship with mortality.

There are many sources of dietary fibre, say the researchers, but overall those with the highest intake of cereal fibre had 19% lower risk of all-cause mortality compared with those with the lowest intake.

» A major analysis looking at fibre intake has found that cereal fibre is the most effective type of fibre for reducing the risk of early death for a range of common diseases.

» Not all types of fibre were equally effective, but those with the highest intake of cereal fibre had a 19% lower risk of early death from all causes compared with those with the lowest intake.

The findings follow a host of other studies linking cereal fibre with health benefits, including a nine-year Boston-based study which claimed higher intake of cereal fibre after a heart attack may improve long-term survival rates.

Similarly an 11-year follow-up study on dietary fibre benefits for diabetes also showed cereal fibre to be the best.

Possible suggestions listed in the paper include decreased faecal transit time, hence lower potential for carcinogens to come into contact with the colon. Diets high in cereal fibre are also known to be rich in folate, antioxidants, phenolic acids, lignans and phytochemicals which could play a protective role in health.

It has also been suggested that cereal fibre might lead to lower levels of inflammatory markers including C-reactive protein and tumor necrosis factor alpha (TNF-a) receptor 2.

However, despite previous studies suggesting inflammation as a potential mechanism, the researchers did not find a significant relationship between cereal fibre consumption and inflammation-related deaths

But how much do we need?

Frustratingly, the analysis was unable to determine how much cereal fibre we might need to protect health.

“Most nutritionists are wanting to know the appropriate amount of cereal fibre to recommend to the general population,” the team wrote.

“As the range of intakes appeared to vary considerably between included studies, with the highest values in some studies being below the lowest values in other studies, current limited data did not allow us to determine a certain value to recommend.”

Some of the studies reviewed did touch on potential consumption suggestions, including the Boston study mentioned above. That study found for every daily 10g increase in overall fibre intake, the risk of dying over the nine-year follow-up period decreased by 15%.

In contrast, the 11-year diabetes study above suggested that those with an intake of less than 19g of fibre per day were at the highest Rick of early death whereas those who took in more than 26g per day had an 18% lower risk of developing diabetes.