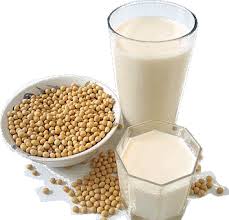 Study suggests soya could up breast cancer risk for some

Natural Health News — New evidence suggests that we should not be taking the protective effects of soya at face value.

Many women believe soya supplementation can help lower their risk of breast cancer. But a new  study suggest caution may be needed.

The study, run between 2003 and 2007 at Memorial Sloan-Kettering, included 140 women who had recently undergone breast biopsies and were diagnosed with stage 1 or 2 breast cancer and scheduled to have a mastectomy or lumpectomy two to three weeks later.

During the time between their diagnosis and surgery (a period of between 7-30 days), the women were randomised to receive either a soya protein supplement or a placebo (milk protein).

Tumor tissues samples taken before and after surgery were then analysed for levels of genistein, a phytoestrogen component of soya. Not all the women had high levels of genistein, but around 20% did and among these the scientists found  changes in several genes that promote cell cycle progression and cell proliferation – changes that can lead to breast cancer cell growth.

Writing in the Journal of the National Cancer Institute, the authors conclude that the data raise concern that soya may exert a stimulating effect on breast cancer in some women.

An accompanying editorial, discusses how timing of soya supplementation is critical and reviews the evidence in the literature on phytoestrogens, which are contained in soya, and their known action in breast cancer.

It further cautions that appropriate doses of soya and timing of consumption are critical considerations that require greater understanding.

In the mean time it seems reasonable to advise at that women don’t over-consume soya to the exclusion of other healthy foods. Variety – and moderation in all things – is still the best dietary advice.