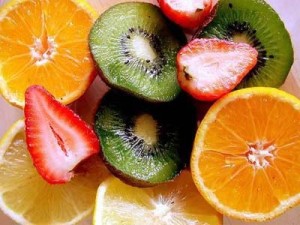 Natural Health News — Adding more carotenoid-rich foods to your diet may also add protection against breast cancer – especially those cancers that are harder to treat and have a poorer prognosis.

Researchers from Harvard Medical School pooled the results of eight studies that measured carotenoid levels in women’s blood. Together these studies, which included 3,055 women with cancer and 3,956 healthy women as ‘control’ subjects, represent over 80% of the published data on how blood levels of carotenoids relate to the eventual development of breast cancer.

The results, published in the Journal of the National Cancer Institute, show that those with the highest blood levels of individual carotenoids (alpha- and beta-carotene, lutein and zeaxanthin and lycopene) and the highest levels of total carotenes, had a reduced risk of breast cancer compared to those with the lowest levels.

“Breast cancer risk factors we have known about all involve more common estrogen-dependent cancers,” says lead researcher A. Heather Eliassen of the Department of Medicine at Brigham & Women’s Hospital and Harvard Medical School,

“The inverse associations we observed among ER- tumors highlight carotenoids as one of the first modifiable risk factors for this poor prognosis tumor type,” the authors wrote.

“A diet high in carotenoid-rich fruits and vegetables offers many health benefits, including a possible reduced risk of breast cancer.”

This isn’t the first time antioxidants have been found to have cancer-protective properties.

While a deficiency of certain antioxidants may predispose women to breast cancer, there doesn’t appear to be one specific antioxidant that is protective in high amounts. If a woman does develop breast cancer, however, she may have a better prognosis if her diet prior to diagnosis is high in vitamin C and beta-carotene.

Get them from your diet

What does seem to be influential is the source of the antioxidants. Dietary carotenoids appear to be more protective than supplements.

Among nearly 2,300 women with early-stage breast cancer, those who regularly used either vitamins C or E had a lower risk of cancer recurrence over five years than those who didn’t use the vitamins. However, women who regularly took a mix of carotenoids such as vitamin A, beta-carotene and lutein, had a higher risk of dying from breast cancer, or any other cause, than women who did not take them.

The researchers could not explain these findings but in press interviews suggested that mega-dosing on antioxidants especially in the absence of other key nutrients was one explanation.

Carotenoids are the micronutrients in fruits and vegetables that give them their vibrant orange, yellow, and red colours. The most common carotenoids include alpha-carotene, beta-carotene, beta-cryptoxanthin, lutein, zeaxanthin, and lycopene.