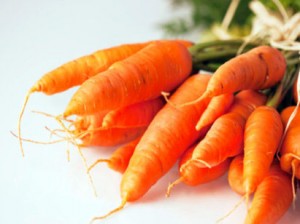 Natural Health News — A new study of Chinese seniors has found that  higher intake of carotenoids can decrease the risk of hip fracture in lean elderly men.

Elderly people who are lean are actually at higher risk of hip fracture compared to those with a higher BMI.

In the study, the researchers from Singapore examined the association between dietary antioxidant carotenoids and hip fracture risk  in elderly Chinese men and women with a range of BMIs using data from the Singapore Chinese Health Study.

This large prospective study recruited 63,257 men and women aged 45 years and has been following then since 1993. Among these there were a total of 1,630 incidents of hip fracture up to December 2010.

In men, hip fracture risk decreased with increasing intakes of total vegetables and total carotenoids, particularly beta-carotene. The protective effect was higher in lean men than in men with higher BMI, but in this study, the same level of protection was not seen in women, regardless of their weight.

Cartenoids, which are found many fruits and vegetables (and especially in yellow and orange pigmented vegetables) are converted to vitamin A in the body. It is not clear if supplementing with carotenoids would have the same protective effect.

Although the women in this study did not show any benefit from a diet rich in vegetables previous studies have shown that increased dietary carotenoid intake is protective for both sexes.

In 2009 an intensive, 17-year study shows that increased intakes of antioxidant pigments may lower the risk of hip fracture in older men and women.

The researchers measured the intakes of total and individual carotenoids, including alpha-carotene, beta-carotene, beta-cryptoxanthin, lycopene and lutein plus zeaxanthin. Of these, lycopene was found to have the greatest protective effect;  those consuming greater than 4.4 servings per week of lycopene had significantly fewer fractures. Beta-carotene had a much weaker protective effect, according to data published in the Journal of Bone and Mineral Research.

The researchers suggest that carotenoids may play a protective role in skeletal health via their antioxidant activity. Previous reports have suggested that oxidative stress may increase bone resorption (the breakdown of bone due to loss of minerals). There may also be protective actions that we simply don’t understand yet.