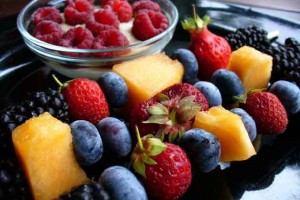 Natural Health News — Increasing dietary intake of the antioxidant vitamins C, E, and selenium could help cut the risk of developing pancreatic cancer by up to two thirds.

The disease has the worst prognosis of any cancer, with just 3% of people surviving beyond five years. Genes, smoking, and type-2 diabetes are all risk factors, but diet is also thought to have a role, and may explain why rates vary so much from country to country

An EPIC study of nutrition and health

EPIC is a large international study of relationships between diet, nutritional status, lifestyle and environmental factors and the incidence of cancer and other chronic diseases. Half a million (520,000) people in ten European countries: Denmark, France, Germany, Greece, Italy, The Netherlands, Norway, Spain, Sweden and the United Kingdom are participating in the study.

Each participant filled in a comprehensive food diary, detailing the types and amount of every food they ate for 7 days, as well as the methods they used to prepare it.

Each entry in the food diary was matched to one of 11,000 food items, and the nutrient values calculated using a specially designed computer program.

Nutrient intake is the key

Over the course of the study, which was published in the online journal Gut,  49 people developed pancreatic cancer within 10 years of entering the study. This increased to 86 by 2010. On average, they survived only 6 months after diagnosis.

The nutrient intakes of those diagnosed with the disease within 10 years of entering EPIC were compared with those of almost 4000 healthy people to see if there were any differences.

The analysis showed that those ingesting the highest levels of selenium (top p25%) on a weekly basis roughly halved their risk of developing pancreatic cancer compared with those whose intake was in the bottom 25%.

Those whose combined vitamins C, E, and selenium intake was in the top 25% of consumption were 67% less likely to develop pancreatic cancer than those who were in the bottom 25%.

1 in 12 cancers could be prevented

If the link turns out to be causal, that would add up to the prevention of more than one in 12 (8%) of pancreatic cancers, say the authors.

Antioxidants may neutralize the harmful by-products of metabolism and normal cell activity – free radicals – and curb genetically programmed influences, as well as stimulating the immune system response, explain the authors.

Other trials using antioxidant supplements have not produced such encouraging results, but this may be because food sources of these nutrients may behave differently from those found in supplements, they say.