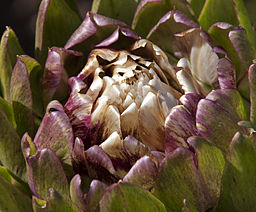 The role of antioxidants in cancer treatment is controversial because some research shows that they can negate the effects of chemotherapeutic drugs. But two recent laboratory studies have demonstrated that timing may be the key to success.

“Apigenin alone induced cell death in two aggressive human pancreatic cancer cell lines. But we received the best results when we pre-treated cancer cells with apigenin for 24 hours, then applied the chemotherapeutic drug gemcitabine for 36 hours.”

The trick seemed to be using the flavonoids as a pre-treatment instead of using them simultaneously with a chemotherapeutic drug.

Why the flavonoids may sometimes have a negative effect is still a subject of speculation. However according to co-author Jodee Johnson, a doctoral student in de Mejia’s lab who has since graduated:

Pancreatic cancer is the fourth leading cause of cancer-related deaths, with a five-year survival rate of only 6%. It is a very aggressive cancer, and there are few early symptoms, meaning that the disease is often not found before it has spread.

Ultimately the goal is to develop a cure, but prolonging the lives of patients would be a significant development, Johnson added.

In a second study published in Food and Chemical Toxicology in the same researchers found that the antioxidant flavonoid apigenin inhibited an enzyme called glycogen synthase kinase-3β (GSK-3β), and this in turn led to a decrease in the production of anti-apoptotic genes in the pancreatic cancer cells.

Apoptosis is when the cancer cell self-destructs because its DNA has been damaged.

This apoptosis took place without the addition of a chemotherapeutic drug.

According to Johnson, the scientists’ work is the first to show that apigenin’s potential relevance in anti-pancreatic cancer activity.

Pancreatic cancer patients would probably not be able to eat enough flavonoid-rich foods to raise blood plasma levels of the flavonoid to an effective level. But scientists could design supplements that would achieve those concentrations, de Mejia said.

And prevention of this frightening disease is another story. “If you eat a lot of fruits and vegetables throughout your life, you’ll have chronic exposure to these bioactive flavonoids, which would certainly help to reduce the risk of cancer,” she noted – a finding that has been confirmed by other recent research.