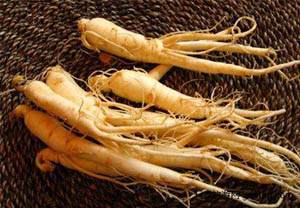 Researchers at the Mayo Clinic studied 340 patients who had completed cancer treatment or were being treated for cancer at one of 40 community medical centres in the US. Around 60% of the study participants had breast cancer.

At four weeks, the pure ginseng provided only a slight improvement in fatigue symptoms. However, at eight weeks, ginseng offered cancer patients significant improvement in general exhaustion – feelings of being “pooped,” “worn out,” “fatigued,” “sluggish,” “run-down,” or “tired” – compared to the placebo group.  The findings of this preliminary study were presented at the American Society of Clinical Oncology’s annual meeting.

“After eight weeks, we saw a 20% improvement in fatigue in cancer patients, measured on a 100-point, standardized fatigue scale,” lead researcher Dr. Debra Barton says, double that of the placebo. The herb had no apparent side effects.

The research team will now turn its attention to ginseng’s effects on the specific biomarkers for fatigue.

“Cancer is a prolonged chronic stress experience and the effects can last 10 years beyond diagnosis and treatment,” says Dr Barton. “If we can help the body be better modulated throughout treatment with the use of ginseng, we may be able to prevent severe long-term fatigue.”

Ginseng has long been used in traditional Chinese medicine as a natural energy booster. Until this study, its effects had not been tested extensively against the debilitating fatigue that occurs in up to 90% of cancer patients.

Fatigue in cancer patients has been linked to an increase in the immune system’s inflammatory cytokines as well as poorly regulated levels of the stress-hormone cortisol. Ginseng’s active ingredients, called ginsenosides, have been shown in animal studies to reduce cytokines related to inflammation and help regulate cortisol levels.

Dr Barton cautioned however that the purity of the product is important, which is why cancer patients received specially-ground ginseng root: “Off-the-shelf ginseng is sometimes processed using ethanol, which can give it estrogen-like properties that may be harmful to breast cancer patients,” she warned.