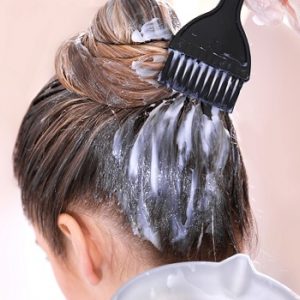 More evidence of a link between use of certain hair products, such as dyes and relaxers, and a raised risk of breast cancer in women has been uncovered by US researchers. {Photo: Bigstock]

Natural Health News —More evidence of a link between use of certain hair products, such as dyes and relaxers, and a raised risk of breast cancer in women has been uncovered by US researchers.

The findings also suggest that the level of risk is different between black and white women.

Although deaths from breast cancer have been falling in the US, it remains the second biggest cause of death from cancer for all women, and black women are at higher risk of dying from it than white women.

In their study, in the journal Carcinogenesis, the researchers from Rutgers University in New Brunswick, NJ looked at 4,285 white and African American women, aged between 20 and 75 years, taking part in the Women’s Circle of Health Study.

They were investigating links between elevated risk of breast cancer and use hair dyes, products for relaxing or straightening hair, and creams containing cholesterol or placenta for deep conditioning of hair.

» Previous studies have linked the use of dark hair dyes to breast cancer as well as bladder cancer and non-Hodgkin’s lymphoma. None have looked at risk as it relates specific products and ethnicity.

» For black women the risk of estrogen dependent breast cancer was 72% higher in those using a dark hair dye, compared to 54% higher risk in white women, compared to women who don’t use hair dye.

» In white women, the use of relaxers in particular raised risk of estrogen negative breast cancer by 156%.

Even so, the researchers found there were some significant links between raised risk for breast cancer and use of hair dyes and chemical relaxers, or straighteners and these patterns of risk differed between white women and black women.

For example, for black women, they found that use of dark shades of hair dye was linked to an overall 51% higher risk of breast cancer, and an even higher risk, 72%, of estrogen positive breast cancer.

The risk of breast cancer was even higher for white women who regularly dyed their hair dark shades alone or in combination with chemical relaxers, 74% and 140% respectively.

The study claims to be the first to find a significant increase in breast cancer risk among black women who used dark shades of hair dye and white women who used chemical relaxers.

The study included the largest population of African-American women thus far examined for breast cancer risk and dark hair dye, according to the research team.

In general, black and white women have roughly the same risk of developing breast cancer. But this study suggests that there may be some previously unexplored vulnerabilities.

The researchers speculated this increase may have something to do with DNA damage or the body absorbing the chemicals used to change the hair.

Previous studies have shown that long-term users of dark dyes have a four-fold increased risk of fatal non-Hodgkin’s lymphoma and fatal multiple myeloma. For more in this topic see our article: The hair dye/cancer connection.

More evidence of a link between use of certain hair products, such as dyes and relaxers, and a raised risk of breast cancer in women has been uncovered by US researchers. {Photo: Bigstock]