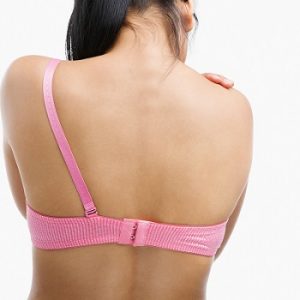 Cancer is a complex disease, many of its triggers are outside our control. But some aren't. [Photo: Bigstock]

Can deodorants give you breast cancer?

You’ve probably read the stories and wondered if it could possibly be true.

Can something we use every day, something so simple and seemingly necessary as  deodorant give you breast cancer?

The first thing to say is that cancer is a complex disease and no single thing causes cancer.

Nevertheless the chemicals found in many everyday products including deodorants have been found to be hormone disrupting and therefore may contribute to your risk. It’s worth knowing this, perhaps especially so if you are at a higher risk than normal of breast cancer.

» Nobody knows if deodorants can cause cancer.

» However, most deodorants do contain ingredients – specifically preservatives known as parabens – which have been shown to be hormone disrupting and which therefore may increase the risk of cancer. The aluminum used in deodorants may also raise cancer risk

» Women at particular risk of cancer may especially wish to avoid such products.

The potential link between breast tumours and deodorants was first highlighted in the  early 2000s when UK researchers highlighted potential risks associated with preservatives known as para-hydroxybenzoic acids, or parabens, in deodorants.

Parabens, are used in a wide variety of personal care products and studies suggest that they are estrogenic and therefore have a hormone-disrupting action. Used in formulas intended to absorbed into the skin such as deodorants, body creams and suncreams, scientists speculate that these estrogen-like compounds could build up in the body with negative health consequences.

In 2004 Philippa Darbre at the University of Reading added fuel to the fire when she found traces of parabens in every single tumour sample taken from a small group of women with breast cancer.

Her conclusion was that the chemicals had seeped into the tissue after being applied to the skin, probably via deodorants. The findings were worrying because they too suggested that parabens were estrogenic and could act as fuel for the growth of human breast tumours.

Manufacturers and industry bodies denied the link and said that parabens had a good safety record. Even so since that first study more have been published that strengthen the link between parabens and breast cancer.

In 2012, another study by Darbre and colleagues that showed that parabens can be found in most tumour samples and that, even in small amounts, parabens had an estrogenic action linked to the spread of breast cancer. what was interesting about this study was that the parabens were there even in women who did not use deodorants, suggesting they deodorants aren’t the only way for parabens to get into the body. The authors called for more research into the subject.

More recently,in the Journal of Applied Toxicology, Darbre and her colleagues found that exposing human breast cell cultures to parabens (methyl, propyl or butylparabens) could ‘switch’ a cell from being healthy to being cancerous.

The EU has recently lowered allowable levels of propylparaben and butylparaben in products for children and since October 2014 some parabens – isopropylparaben, isobutylparaben, phenylparaben, benzylparaben and pentylparaben – have been bahttps://www.naturalhealthnews.uk/wp-admin/post.php?post=18834&action=editnned. But many parabens are still in use and the most common paraben found in consumer products is methylparaben,

Before parabens it was the aluminium content of antiperspirants that was a major cause of concern.

Other evidence which looked at the incidence of breast cancer among 400 US women suggests it may be the combination of underarm shaving and deodorant use which allows chemicals to seep into breast tissue. In this study women who shaved three times a week and applied deodorant at least twice a week were almost 15 years younger when diagnosed than women who did neither. The researchers suggested that aluminium compounds could act as a breast cancer trigger.

We don’t just encounter hormone-disrupting or other toxic chemicals in cosmetic products. They are all around us and more and more scientists are speaking out about how important it is to understand the environmental causes of breast cancer.

We can’t easily control all the toxic stuff that is ‘out there’ but we do have control over the kinds of products we allow into our homes.

Cancer is a complex disease, many of its triggers are outside our control. But some aren't. [Photo: Bigstock]