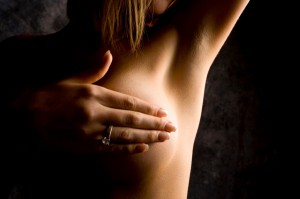 Natural Health News — New research into the potential link between parabens and breast cancer has found traces of the chemicals in breast tissue samples from all of the women in the study.

Parabens are commonly used as preservatives in cosmetics, food products and pharmaceuticals. A number of studies since 1998 have raised concerns about the potential role of parabens in breast cancer as these chemicals possess estrogenic properties that are a potential risk for breast cancer.

In particular a 2004 study by the co-lead author of this current study, Dr Philippa Darbre, Reader in Oncology at the University of Reading, found parabens in the tissue samples from women who regularly use paraben-containing under arm products such as deodorants.

However, this latest research shows that parabens are measurable in the tissue of women who do not use underarm cosmetics. Therefore, say the researchers, the parabens must enter the breast from other sources.

The current study, published in the Journal of Applied Toxicology, examined tissue samples from 40 women undergoing mastectomies for first primary breast cancer in England, between 2005 and 2008. In total, 160 samples were collected, four from each woman. The samples were taken from four specific sites across the breast, from the axilla (nearest the armpit) to the sternum (breast bone).

All of these parabens are common ingredients in cosmetics and other everyday products.

“There is no simple cause and effect relationship between parabens in underarm products and breast cancer” said co-lead author Mr Lester Barr, consultant surgeon at the University Hospital of South Manchester and Chairman of the Genesis Breast Cancer Prevention Appeal, which part sponsored the study.

But, he added, “The intriguing discovery that parabens are present even in women who have never used underarm products raises the question: where have these chemicals come from?”

Making sense of the numbers

Among the key findings were that average levels of parabens in breast tissue were four times higher than in the 2004 study; 85.5  nanograms per gram (ng/g) – effectively one billionth of a gram of parabens per gram of breast tissue, or one part per billion, compared to 20.6 ng/g. However detected levels varied widely from 0 ng/g to a whopping 5134.5 ng/g.

To give an idea of what one part per billion looks like, it is roughly equivalent to pinch of salt in ten tons of potato chips, i.e. one part (salt) per billion parts (chips). Another way of looking at it is like one drop of impurity in 500 barrels of water.

These sound like very small amounts and indeed they are. But it is important to remember that most hormones, such as estrogen, progesterone and testosterone, as well as insulin and melatonin, are measured in the human body in parts per billion or parts per trillion.

The smallest fluctuations in normal levels can create major physiological changes. This is why so many scientists are concerned about the high levels of xenoestrogens – estrogens that come from outside the body – that we are currently exposed to.

More breast cancer near the armpit

The authors note that in this study there was a disproportionate incidence of breast cancer in the upper outer quadrant nearest the armpit – a similar finding to the 2004 study – and that significantly higher levels of n-propylparaben were detected in the axilla region, closest to the armpit, than in the mid or medial regions. The other four parabens were equally distributed across all parts of the breast.

Dr Philippa Darbre, emphasised that, “The fact that parabens were detected in the majority of the breast tissue samples cannot be taken to imply that they actually caused breast cancer in the 40 women studied. However, the fact that parabens were present in so many of the breast tissue samples does justify further investigation.”