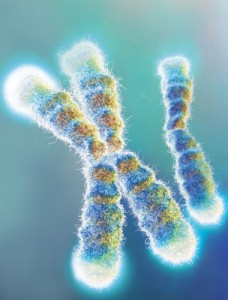 Breast cancer and meditation: clear evidence for a mind-body connection

Natural Health News — For the first time, in a sutdy of breast cancer survivors, scientists have found clear biological evidence that meditation and support groups can affect us positively on a cellular level.

Canadian researchers have demonstrated that telomeres – protein complexes at the end of chromosomes – maintain their length in breast cancer survivors who practise meditation or are involved in support groups, while they shorten in a comparison group without any intervention.

Although the disease-regulating properties of telomeres aren’t fully understood, shortened telomeres are associated with several disease states, as well as cell ageing, while longer telomeres are thought to be protective against disease.

“We already know that psychosocial interventions like mindfulness meditation will help you feel better mentally, but now for the first time we have evidence that they can also influence key aspects of your biology,” says Dr. Linda E. Carlson, PhD, principal investigator and director of research in the Psychosocial Resources Department at the Tom Baker Cancer Centre in Alberta.

The study was published online  in the journal Cancer.

A total of 88 breast cancer survivors who had completed their treatments for at least three months were involved for the duration of the study. The average age was 55 and most participants had ended treatment two years prior. To be eligible, they also had to be experiencing significant levels of emotional distress.

In the Mindfulness-Based Cancer Recovery group, the women attended eight weekly, 90-minute group sessions that provided instruction on mindfulness meditation and gentle Hatha yoga, with the goal of cultivating non-judgmental awareness of the present moment. Participants were also asked to practise meditation and yoga at home for 45 minutes daily.

In the Supportive Expressive Therapy group, participants met for 90 minutes weekly for 12 weeks and were encouraged to talk openly about their concerns and their feelings. The objectives were to build mutual support and to guide women in expressing a wide range of both difficult and positive emotions, rather than suppressing or repressing them.

All study participants had their blood analysed and telomere length measured before and after the interventions.

Results showed a short-term effect of these interventions on telomere length compared to a control group, though it’s not known if the effects are lasting.

Dr. Carlson says another avenue for further research is to see if the psychosocial interventions have a positive impact beyond the three months of the study period.

Allison McPherson was first diagnosed with breast cancer in 2008. When she joined the study, she was placed in the mindfulness-based cancer recovery group. Today, she says that experience has been life-changing.

“I was skeptical at first and thought it was a bunch of hocus-pocus,” says McPherson, who underwent a full year of chemotherapy and numerous surgeries. “But I now practise mindfulness throughout the day and it’s reminded me to become less reactive and kinder toward myself and others.”

“Being part of this made a huge difference to me,” she says. “I think people involved in their own cancer journey would benefit from learning more about mindfulness and connecting with others who are going through the same things.”

The study adds to a  growing body of research linking mind and body. Earlier this year a  group of Italian scientists writing in the journal PLOS ONE  also showed that mindfulness training can change the structure of our brains.