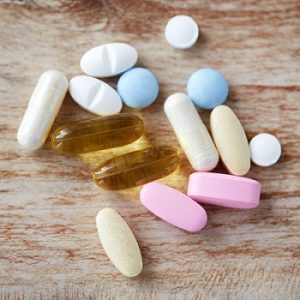 A daily multi can be effective insurance against nutritional deficiencies. [Photo: Bigstock]

Natural Health News — Multivitamin and mineral supplements are sometimes attacked in the media for being an ineffective way of addressing nutritional deficiencies. But a new study says they do just what they promise to do – help prevent nutrient shortfalls that can lead to poorer health.

The study published in the journal Nutrients adds more evidence to the notion that a daily multi is an important type of ‘health insurance’ – something that nutrition experts have long argued.

The study, by researchers at Tufts University in Medford, Massachusetts combed through government data from the NHANES (National Health and Nutrition Examination Surveys) gathered between 2009 and 2012.

The authors did an exhaustive statistical analysis of the data that included survey results from 10,698 adult men and women. About 28% of respondents reported taking a multi, and among this group the majority said they had taken one of these products more than 21 days out of the preceding 30 days.

Results showed that with the exception of a few nutrients, namely calcium, magnesium and vitamin D frequent use of multivitamin and mineral supplements virtually eliminated nutrient inadequacies (intakes lower than the daily requirement) and was associated with significantly lower risk of confirmed deficiency (where blood tests show the body does not have enough) for all nutrients except iron.

» Multivitamin and mineral supplements are often dismissed in the media as unnecessary.

» New US data however shows that, in those who were the most frequent users of multivitamin and mineral supplements, nutrient inadequacies and deficiencies were virtually eliminated.

» This new data supports a view long held by nutritionists that  a daily multivitamin and mineral supplement may be our best form of health insurance.

Lead author Jeffrey Blumberg PhD, who is the lead scientist of the Antioxidants Research Laboratory at Tufts, said the data help support the idea that the use of multivitamin and mineral supplements can be important for overall health.  The researchers suggest that while micronutrient fortification in food has helped eliminate certain deficiency diseases like rickets and beriberi, Americans still consistently come up short in the kind of full-spectrum micronutrient intake that could support optimum health.

There are now 11 ‘under consumed’ or shortfall micronutrients — vitamins A, C, D, E, K, folate and choline and the essential minerals calcium, iron, magnesium, and potassium — detailed in the Dietary Guidelines for Americans 2015-2020.

Blumberg said his group found that those users who were most consistent in their multivitamin and mineral use saw the most benefit. This is no surprise, but it’s an important point in light of 2016 study using the same government data which found that the use of these supplements has been declining.

Given the study’s conclusions it’s worth asking why the notion that multivitamins are a frivolous habit persists. The way health professionals such as dietitians, pharmacists and physicians are trained could complicate the question. Many experts in the dietary supplement field have observed that the contribution that supplements can make to overall nutrient status forms at best an afterthought in most curricula in these professions.

“There appears to be a great tenacity to old ways of thinking, e.g., you can get all the nutrition you need if you just eat a healthy, balanced diet” said Blumberg. But this ignored how most people actually eat and what they actually require.

“Also, as our understanding about higher nutrient requirements for optimal health and wellness grows, particularly among older adults, it is clear that it can be quite difficult to achieve these intakes of selected nutrients from commonly available food choices,” he added.

While it may not be ground-breaking this new data should help make the argument for a daily multi even more compelling. Looked at from a national perspective it might even be something that government officials could include in benefits packages to promote better health in those most at need, ultimately saving healthcare costs over the long run.

A daily multi can be effective insurance against nutritional deficiencies. [Photo: Bigstock]