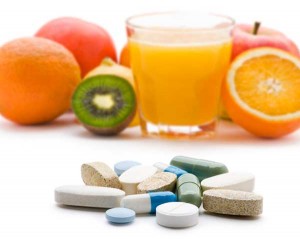 Natural Health News — The sceptical caricature of supplement users as desperate individuals putting their faith in ‘magic bullets’ to keep them healthy has taken a bit of a bashing.

A review published in the journal Nutrition Journal found that use of dietary supplements is just one piece of the puzzle for those making an effort to develop a healthy lifestyle.

The review,  co-authored by experts from the US Council for Responsible Nutrition (CRN) examined data from 20 peer-reviewed scientific journal articles and concluded that, “overall, the evidence suggests that users of dietary supplements are seeking wellness and are consciously adopting a variety of lifestyle habits that they consider to contribute to healthy living.”

“Compiling the available data on the health habits of dietary supplement users, we gained a sharper insight into the positive lifestyle choices of this large segment – one half to two-thirds – of the American population that takes supplements,” co-author and CRN consultant Annette Dickinson, PhD said.

The review indicated that Americans who take dietary supplements are focused on wellness for the long term.

Dr. Duffy MacKay, CRN’s senior vice president, scientific and regulatory affairs observed, “Dietary supplement users typically make healthful habits part of each day, and many stick with their supplement regimen for years. Their supplement use doesn’t appear to be something trendy, but more of a planned strategy they maintain for the long haul.”

The results of this review counter concerns that dietary supplement users are operating under a “halo effect” or are somehow short-changing themselves, eating poorly, using the remote control for exercise, and relying on a supplement alone for good health.

But deficiencies still a problem

On the flip side, contrary to assertions that supplement users are eating better already and therefore don’t need the supplements they take, the NHANES data shows many Americans failed to consume the Estimated Average Requirement (EAR, the absolute minimum a body needs  to stave off deficiency) for many nutrients when only naturally-occurring nutrients in foods were considered.

Enrichment and fortification of foods, say the authors, helped decrease the number of people whose intakes fell below the EAR, and the use of dietary supplements further decreased shortfalls.

“It’s important to give dietary supplement users credit for their efforts to improve their overall wellness profile with thoughtful choices,” said Dr. MacKay,

“The scientific evidence indicates that they tend to incorporate these products into their lifestyles as part of a broader focus on healthy living, with supplement use just one of a constellation of smart, healthy habits.”