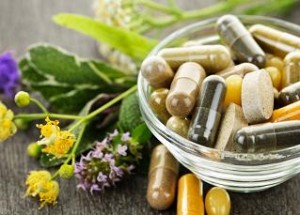 What to look for in supplements

The world of food supplements has changed greatly in recent years and become a much more exciting area for those of us interested in natural plant extracts and whole foods.

Previously supplements had been based on high doses of single nutrients. While these definitely still have a role to play in treating deficiency diseases, specific illnesses and with some particular nutrients (for instance, vitamin D); the use of supplementation for health maintenance is generally far better provided for when taking the whole food substance or phytonutrients.

The addition of whole food ingredients also means that where single nutrients are included to boost a specific use for a supplement, then the action of the nutrient is better assimilated and potentially lower doses may be used.

The human organism has evolved to digest and assimilate complex compounds as found in the plants and meats and other foods that make up our daily diet. We have, of course, developed interdependently with our food sources. It should not be surprising that the ingestion of single isolated nutrients can cause problems, such as acidity (e.g. from certain forms of vitamin C), imbalances or reducing the ability to absorb other nutrients.

A whole plant such as green tea is a complex substance containing anything from 30 to several hundred different chemical constituents. Some of those individual constituents may have been better researched for their actions on humans than others. There are many examples of scientists isolating what they call the ‘active ingredient’ only to find if that is given therapeutically to humans: its effects are different than when giving the whole plant extract (the difference between St John’s wort and hypericin is a good example).

Any plant is more than the sum of its parts, with some constituents working synergistically together while others may ‘quench’ the effects of other more harsh constituents.

The aim of natural health is always to encourage the body’s natural systems to work more effectively, not to impose an artificial chemical action on the organism. This fits in with a better understanding of how antioxidants work – plant based antioxidants can encourage the body to produce its own antioxidants, whereas single powerful nutrients don’t do this.

The concerns when flooding the system with single nutrients is that they can have a toxic effect by being so potent and also that they can ‘switch off’ the body’s ability to produce its own enzymes, antioxidants, and other vital substances.

In addition to the addition of whole food ingredients being a good thing, I would always choose a supplement that comes with a guarantee of some things that shouldn’t be present. Natural sources of nutrients should be chosen instead of petrochemical based ones.

Avoid GMO ingredients because current research into ingesting them is pointing to increased rates of cancer, liver and kidney disease. Capsules are preferable to tablets because of the binders that have to be used to make a tablet stick together – capsules can simply be filled with the active things that you want without the need for any ‘glue’. Capsules also dissolve better in the stomach than tablets.

Let’s look at some great ingredients that are hot at the moment.

All teas are derived from the same plant: Camellia sinensis. Green tea is produced by lightly steaming then drying the fresh cut leaves. White tea is a minimally oxidised. Both types are rich in a group of antioxidant polyphenols called catechins and both have a similar healing effect. Moderate consumption of green tea has been shown to help lower cholesterol, thus reducing the risk of heart disease and stroke.In humans regular intake of green tea has been shown to be protective against breast cancer. Laboratory test suggests that both green tea can prevent cancer cells forming and will even kill bone, lung stomach and prostate cancer cells. The antioxidants in green and white tea also have a powerful antibacterial and antiviral effect. Studies show they can be effective against the flu virus as well as Vibrio cholerae, Salmonella typhimurium, and Salmonella typhi – common causes of bacterial diarrhoea – and the influenza virus.

Grape seed extract (GSE) is extremely rich in antioxidants and oligomeric proanthocyanidin complexes (OPCs).The extract has a wide range of therapeutic properties in healing wounds and treating conditions such as high cholesterol, atherosclerosis, macular degeneration, poor circulation, nerve damage. In the laboratory and in animal studies GSE has been shown to cancer cells, while leaving healthy cells unharmed.

Turmeric is a bright, colourful and extremely healthy root. Its main healthy constituent, curcumin, is a well-researched antioxidant and a powerful anti-inflammatory. In fact, its anti-inflammatory effect has been shown to be comparable to drugs like hydrocortisone and phenylbutazone and can be used to good effect to give relief from rheumatoid arthritis and to treat inflammatory bowel disease as well as protect from diabetes and from heart disease and stroke by preventing the build-up of plaque in arteries. Curcumin has also been shown to reduce the build-up of the protein amyloid-b in the brain. Amyloid-b causes oxidative stress and inflammation in the brain and is one of the main causes of Alzheimer’s disease.

Pine Bark extract comes from the bark of the French maritime pine (Pinus pinaster ssp. atlantica), which grows in coastal southwestern France. It contains oligomeric proanthocyanidin complexes (OPCs), as well as several other bioflavonoids including catechin, epicatechin, phenolic acids (such as ferulic acid and caffeic acid), and taxifolin, many of which are also found in high concentrations in red wine, tea, grapes, cocoa, cranberries and apples.

It is used for treating a variety of ailments from allergies, asthma, and circulation problems to prevention of stroke, heart disease, diabetes and other disease of the metabolic syndrome. It is also used to slow the ageing process and improve endurance. It has also been shown to help reduce skin wrinkles and increase the skins production of hyaluronic acid.

Long prized by Asian cultures as both a delicacy and rich source of healthy nutrients, algaes can help boost your overall intake of the antioxidants beta carotene and zeaxanthine as well as selenium, zinc, vitamins C and E and B-complex. They are also rich in protein and amino acids that help the body fight off infections and a beneficial type of fibre that encourages the growth of good bacteria in the gut and aids detox. The most commonly used type of blue-green algae, spirulina is a rich source of beta carotene and amino acids.Its benefits are hinted at in its name. Chlorella, is a green algae and one of the richest sources of the detoxifying plant pigment chlorophyll. Blue-green algae may protect the liver from toxic damage. Chlorella has been shown to help remove heavy metals (such as cadmium and mercury), pesticides and industrial pollutants from the body.

This tiny seed is rich in nutrients like protein, fibre, iron, vitamins and omega-3 fatty acids and antioxidants, particularly chlorophyll which helps to remove toxins from the blood. It’s a good source of phytoestrogens and is often used to promote better hormonal balance in women. Alfalfa seeds also contain a natural diuretic and also contains coumarin, a naturally occurring blood thinner useful for maintaining good circulation and preventing stroke. Alfalfa seeds also contain betaine, an enzyme that helps to break down proteins and fats.