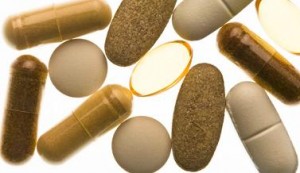 Are multivitamin supplements really ‘a waste of money’?

Are multivitamin and mineral supplements just a waste of time and money? According to a recently published opinion medical journal that answer is yes.

But don’t tip that bottle in the trash just yet.

Writing in the journal Annals of Internal Medicine doctors from Johns Hopkins University, the University of Warwick and the American College of Physicians summarise what they believe are the relevant points from three studies published in the same edition of that journal. “Enough Is Enough” screams the headline “Stop Wasting Money on Vitamin and Mineral Supplements”.

Making the assumption that these three studies represent the be all and end all of nutritional research, they say that there is no health benefit from taking most vitamin supplements and that doing so doesn’t prevent death or disease.

The media response has been predictable – without question most has acquiesced to the scientists’ views of lack of benefit and even potential harm of taking multivitamins without taking an overview – or checking the conclusions of the studies themselves.

So what should you know in order to make sense of the claims?

In the cognitive function study the researchers around 5900 male physicians took a daily multivitamin or placebo between 1997 and 2011. Their cognitive function was assessed over the telephone up to 4 times over a 12 year period.

They found no benefit of a daily multi but the authors were upfront about the limitations of their study; “Doses of vitamins may be too low or the population may be too well-nourished to benefit from a multivitamin”.

In addition, male physicians may well take better care of themselves, be better fed, earn more money and therefore live in healthier conditions than many of us. In other words, they are not representative of the average person.

One of the authors of that study John Michael Gaziano, a researcher at Brigham and Women’s Hospital and the VA Boston Healthcare System told USA Today:

“It drives me crazy that they say ‘enough is enough,’ when there’s only been one large study of (standard) multivitamins and it’s ours”.

He notes that previous data, published last year, suggested taking multivitamins led to an 8% decline in cancer risk in men over age 50. Additional results suggested multivitamins might lower the risk of cataracts. Those findings of possible benefits are not definitive, he said, adding: “I’d say the case is not closed”.

In the study of heart benefits, the researchers looked at 1700 heart attack survivors. The participants were given either a high dose multivitamin and mineral supplement or a placebo, and then the researchers waited to see who died.

Pushed to come up with some kind of conclusion for what was a fairly disastrous study the authors suggest that multivitamins are not helpful in preventing death from heart disease.

However they are also upfront about the limitations of their study: “There was considerable nonadherence and withdrawal, limiting the ability to draw firm conclusions (particularly about safety).”

The third study was report, previously published on line, from the US Preventive Services Task Force. The analysis of several studies into the benefits and harms of multivitamins supplements in otherwise adequately nourished adults. It concludes that there is: “limited evidence supports any benefit from vitamin and mineral supplementation for the prevention of cancer or cardiovascular disease.”

But several problems emerged. First of all studies into supplements are not always directly comparable. Doses are different as are the populations studied. This makes it difficult to draw firm conclusions.

The two largest trials analysed, which included more than 27,000 adults, reported a 7% lower cancer incidence in men taking a multivitamin for more than 10 years which the researchers call “border-line significant.”

Of the limitations of their study the authors note: “The analysis included only primary prevention studies in adults without known nutritional deficiencies. Studies were conducted in older individuals and included various supplements and doses under the set upper tolerable limits. Duration of most studies was less than 10 years.”

In plain English, very low doses of multivitamins may not benefit people who are already adequately nourished.

No convincing evidence of harm

The harms revealed in this analysis were also not proven; they were just ssociations observed in isolated studies.

In reality, there is little solid evidence to support the idea that multivitamins or modest doses of individual nutrients increase the risk for major diseases or early death. And many studies demonstrate the opposite.

There is evidence that adequate folate is associated with lower risks of coronary heart disease. Likewise, among women who drink alcohol, multivitamin users also had a lower risk of breast cancer, and folic acid (the synthetic form of folate) from the multivitamins seemed to be the reason for this protection.

As for causing harm, the evidence, as research into the relative risk of taking supplements in the UK and for people in the EU shows, the accusations have little basis in fact.

The proclamation that vitamins are a waste of time is in direct conflict with the findings of the United States Department of Agriculture (USDA) update of Dietary Guidelines for Americans (2010) – a hefty tome published every 5 years.

On releasing the latest edition in 2011 the USDA noted that although more than a third of Americans are classified as overweight or obese, and although more than 3,700 calories of food are available daily for every person in the US, many people still don’t get enough of seven key nutrients:

It added that that our average intake of some of these “nutrients of concern” is so low as to be a widespread public health issue.

In 2012 the Nutrition Report from the Centers for Disease Control and Prevention’s National Center for Health Statistics found that while most Americans get ‘adequate’ levels of nutrient from food, “higher deficiency rates in certain age and race/ethnic groups are a concern and need additional attention.”

Non-Hispanic black Americans, for example, were more likely than others to be deficient in Vitamin D, which promotes bone health and has multiple other benefits.

Young women between the ages of 20 and 39, of all ethnicities (and who are most likely to become pregnant) had the lowest levels of iodine of any age group. Their average intake was just above the threshold for deficiency.

Will we ever know for certain?

Some believe there isn’t yet enough data from randomised controlled trials to fully answer the question: to supplement or not. Others, such as Dr. Francine Grodstein, one of the lead authors of the cognitive function study above suggests that demonstrating the prevention of chronic diseases can take decades and conducting long-term, randomised, controlled trials is both tricky and very costly.

“I do think there’s room for more research,” she said to the New York Times. But she adds: “We don’t and probably never will have randomised trial data over decades”.

In other words, there may never be trials conducted over a long-enough period of time to test the effects of multivitamins on slow developing and poorly understood diseases such as cancers, Alzheimer’s disease, and other conditions that tend to develop in later life.

A broader overview of the evidence, however, culled from epidemiological studies into diet and health, as well as those looking at specific nutrients and biochemical studies on how disease develops still suggests that the potential health benefits of taking a standard daily multivitamin appear to outweigh the potential risks for most people.